[gtranslate] Repent, for the Kingdom of Heaven is at Hand - Eglise Catholique Saint James (Saint Jacques)
Marthe Herve on janvier 20, 2023

Repent, for the Kingdom of Heaven is at Hand 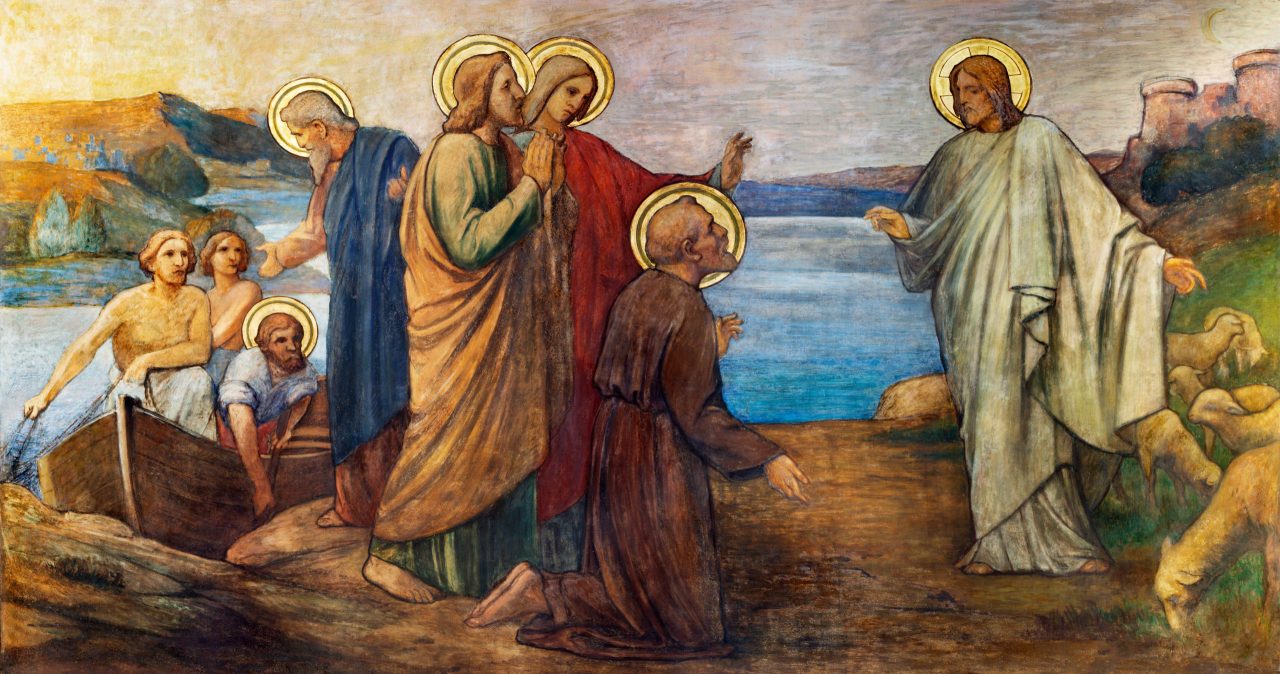 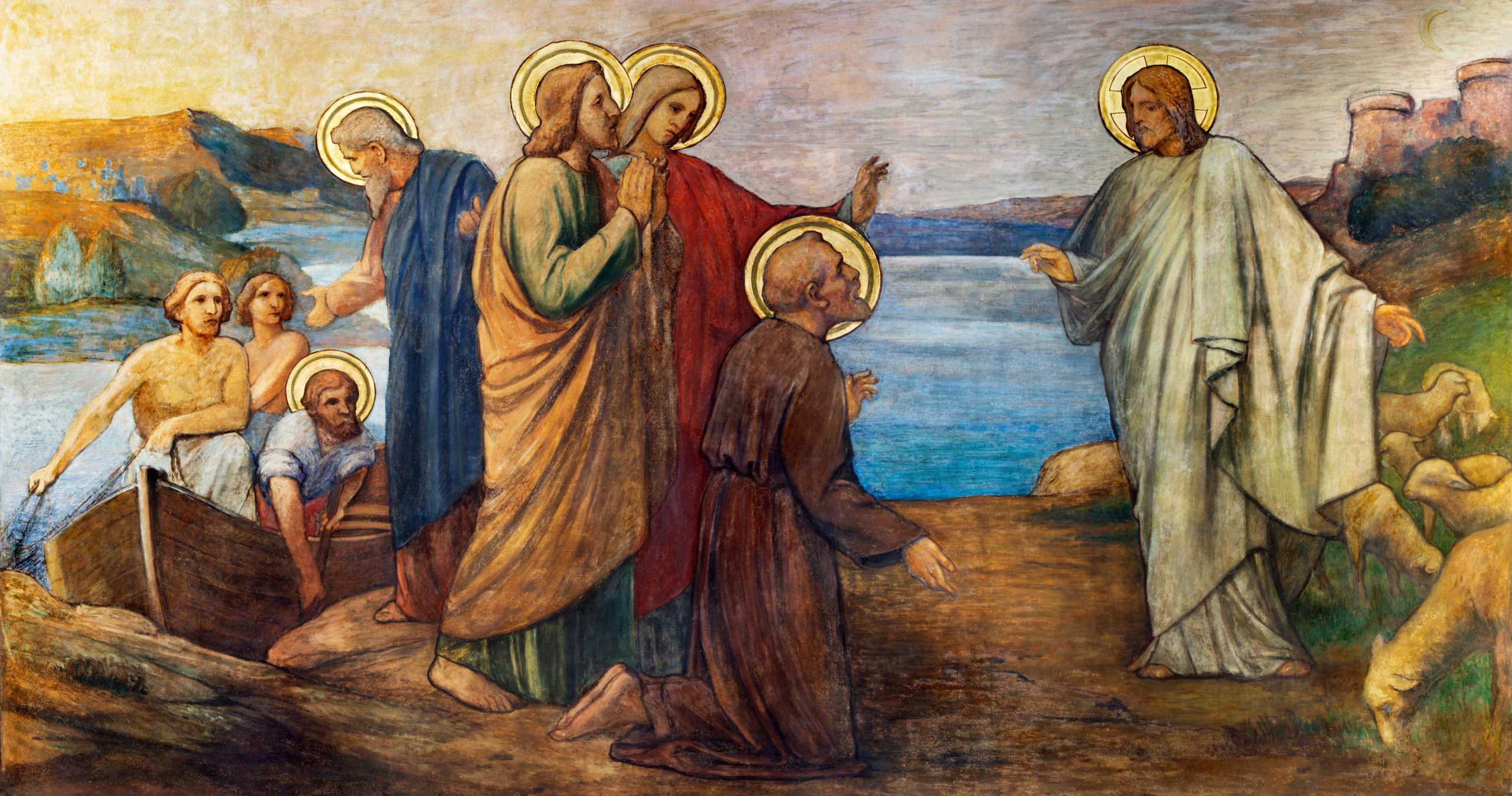 “When Jesus heard that John had been arrested, He withdrew to Galilee.”  Danger drove Jesus into a land that historically had known great danger and grave sorrow.  Why?

St. Matthew tells us that when John the Baptist fell into Herod’s hands, Jesus decided to leave Jerusalem.  Surely He read the signs of the official hostility that would eventually be aimed at Him, too.  As He began His public ministry, He had much work to do.  It was not the time for Him to be arrested, so He left for the northern region of Galilee, away from Herod’s grasp.

Jesus’ decision to head north was not the result of figuring out on a map how many miles He could put between Himself and danger.  St. Matthew says that He went to live in Capernaum with purposeful intention, “that what had been said through Isaiah the prophet might be fulfilled.”  The region of Galilee, the “land of Zebulun and Napthtali,” had significance in the history of Israel.  Those two tribes were part of the group of ten tribes that had rebelled against the rule of King Solomon’s son, against the house of David.  They set up their own kingdom in the north, called “Israel,” with their own temple and worship in Samaria.  The two southern tribes of Benjamin and Judah remained under Davidic rule and were known as the southern kingdom of Judah.  This division led to great apostasy in the north.  Their rejection of the covenant was so radical that it ended with God’s great judgment against them, accomplished through conquest by their enemies, the Assyrians, in the 8th century B.C.  The region of the tribes of Zebulun and Naphtali was the very first to feel the ravages of the Assyrian attack, where many were killed or sent into exile.  In addition, foreign people from other conquered lands were brought in by the Assyrians to intermarry with the remaining Israelites.  A thorough corruption of the northern kingdom meant that the ten northern tribes were effectively lost.

St. Matthew wants us to remember this dark history as he recounts a prophecy from Isaiah for God’s future restoration of all that was lost to Him when His people rebelled and had to be punished:  “the people who sit in darkness have seen a great light, on those dwelling in a land overshadowed by death light has arisen.”  Someday, God would visit His people with salvation—with forgiveness, healing, and renewal.  Isaiah says this great visitation would begin in the very place that was first lost, which was “the way to the sea, beyond the Jordan, Galilee of the Gentiles.”  Galilee was the northernmost area of Israel; thus, it was neighbor to Gentile lands.  It was the place where the light had first gone out in Israel.  This is the exact spot where Jesus wanted to begin His preaching ministry:  “Repent, for the kingdom of heaven is at hand.”  The Light of restoration, the Voice that would call all Israel—north and south—back to God had arrived.

We see the effect of Jesus’ preaching right away.  Simple fishermen—Peter, Andrew, James, John—doing their ordinary daily work heard the Voice and left everything to follow Him.  This is a beautiful reversal of the rebellious spirit that had created the northern kingdom in the first place.  Then, Jesus “went around all of Galilee, teaching in their synagogues, proclaiming the Gospel of the kingdom, and curing every disease and illness among the people.”

He was the living fulfillment of God’s promise:  “On those overshadowed by death, light has arisen.”

Possible response:  Lord Jesus, the fishermen responded promptly to You when they heard You preach.  Please help me to be willing to stop everything and do the same when I hear You today.

Here is the passage in Isaiah from which St. Matthew quotes in the Gospel to explain why Jesus headed for Galilee when the danger to Him in Jerusalem was too great.  Reading it, we can begin to understand the historical importance of this move.  With the arrival of Jesus and in His public ministry, “Anguish has taken wing, dispelled its darkness:  for there is no gloom where but now there was distress.”  If we think of Jesus’ appearance as Israel’s Messiah in the geographic location of God’s covenant people as a prefiguring of the work He left heaven to do on behalf of the whole word, we can see how beautifully it is summed up in these words from Isaiah:  “For the yoke that burdened them, the pole on their shoulder, and the rod of their taskmaster You have smashed.”  Mankind’s “taskmaster” is not the Assyrians but God’s primordial enemy, Satan.  When Jesus appeared within human history calling all to repentance and thus transforming lives diseased by sin, He showed Himself to be Isaiah’s promised Victor.

“You have brought them abundant joy and great rejoicing.”

Possible response:  Heavenly Father, thank You for sending Jesus to break our taskmaster’s hold on us.  Help me resist the enemy’s temptation to succumb to it again.

This psalm is a song full of the expectation of deliverance.  It could have been sung by those to whom God, through Isaiah, promised a future joy.  It can now be sung by us as we also must wait for God’s full deliverance from sin, death, and the devil.  The first “installment” on this promised deliverance began with Jesus’ preaching in the land of Zebulun and Naphtali.  It will be completed when He returns to this earth as King and Victor:  “I believe that I will see the bounty of the Lord in the land of the living.”  In the meantime, we sing:  “The Lord is my light and my salvation.”

St. Paul, in writing to the Christians in Corinth, urges them to live in unity:  “I urge you, brothers and sisters … that you be united in the same mind and in the same purpose.”  He had heard about divisions in the community there.  People were dividing into rival groups behind the names of Paul, Apollos, or Cephas.  St. Paul is deeply troubled by this, because he knows that the hallmark of what Jesus came to do was to make one the people of God.  It was for that reason that He had begun His public ministry in Galilee.  He didn’t want Israel to live as a divided kingdom, north and south, again.  All the covenant people would now follow one Light, the true heir to David’s throne and only Son of God.  St. Paul understood how foolish and dangerous divisions are in the Body of Christ.  He was appalled to think any would congregate in his name:  “Was Paul crucified for you?  Or were you baptized in the name of Paul?”

Jesus lived, died, and rose again to restore unity to the family of man through reconciliation with God.  Personal division and rivalry among His followers unravels His marvelous work.  In contrast to “human eloquence,” which is often very effective in creating “followings” that lead to division, St. Paul reminds us of the stark reality of the Cross of Christ.  None but Jesus has died for our sin.  When we cleave to this dramatic truth, we will not empty the Cross of its meaning by personal rivalries and divisions.

Possible response:  St. Paul, pray for the Church to preserve the unity Jesus won for us.  We know our calling is to follow a Person, not personalities. 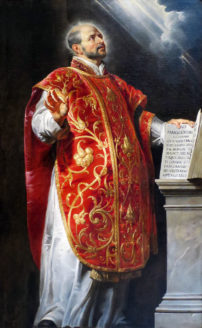 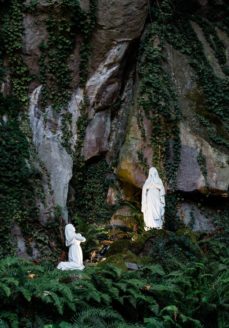 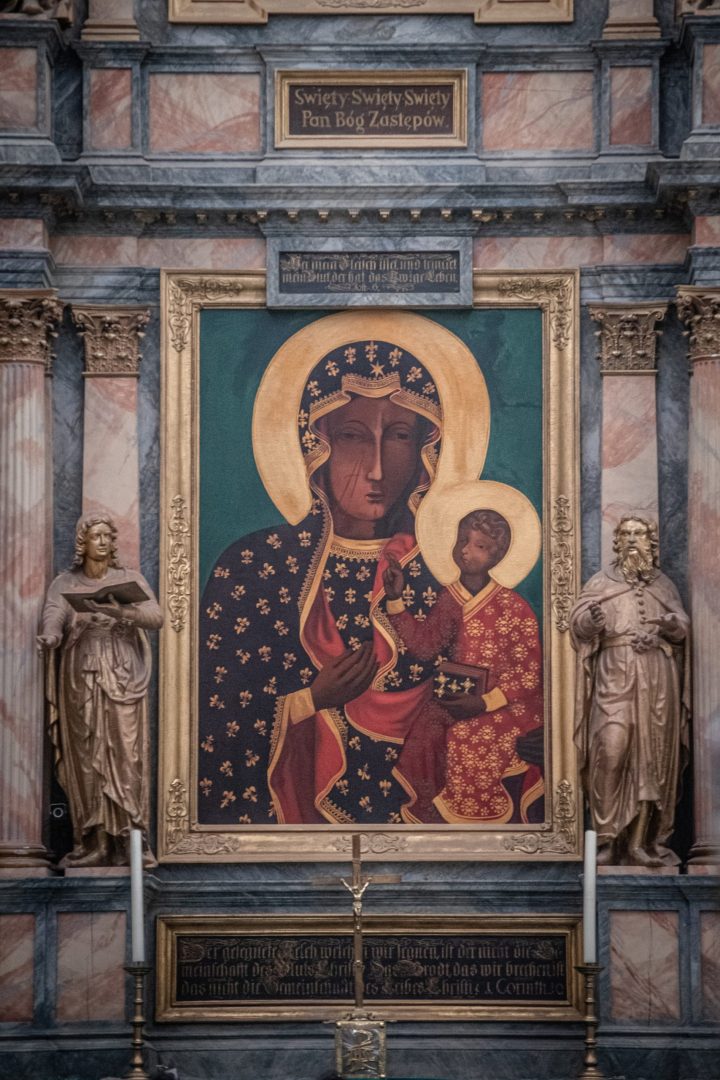