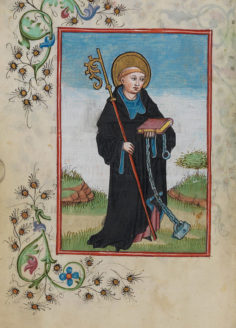 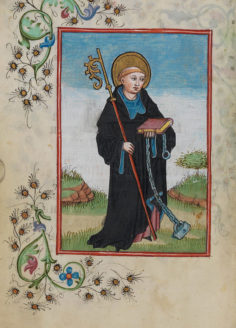 Unfortunately, there is little reliable information about St. Leonard. Some sources state that he was a Frank courtier who was converted by St. Remigius. It is also said that he refused the offer of a see from his godfather, King Clovis I, and instead became a monk at Micy. He lived as a hermit at Limoges where he was allegedly rewarded by the king with all the land he could ride around in a day on a donkey.

Apparently the king believed that Leonard’s prayers had brought the queen and their child through a very difficult delivery safely. Leonard used the land awarded him by the king to build a monastery known as Noblac Monastery. This monastery grew into the town later known as Saint-Leonard.

Leonard remained there evangelizing the surrounding area until his death in 559.

He is the patron saint of captives. 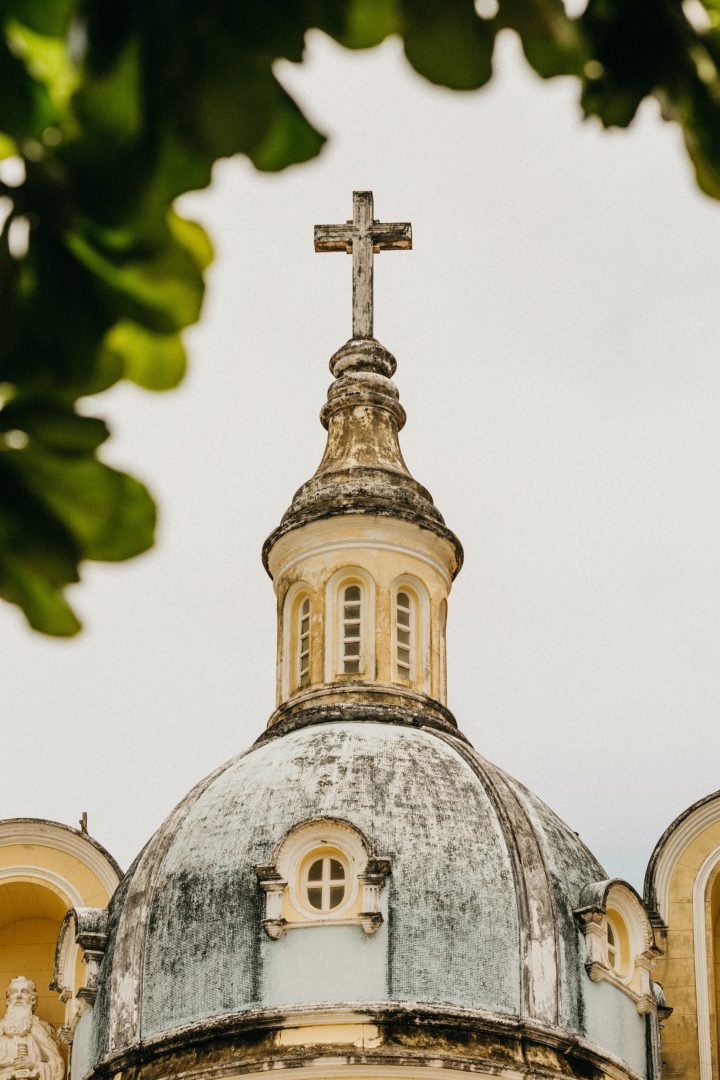 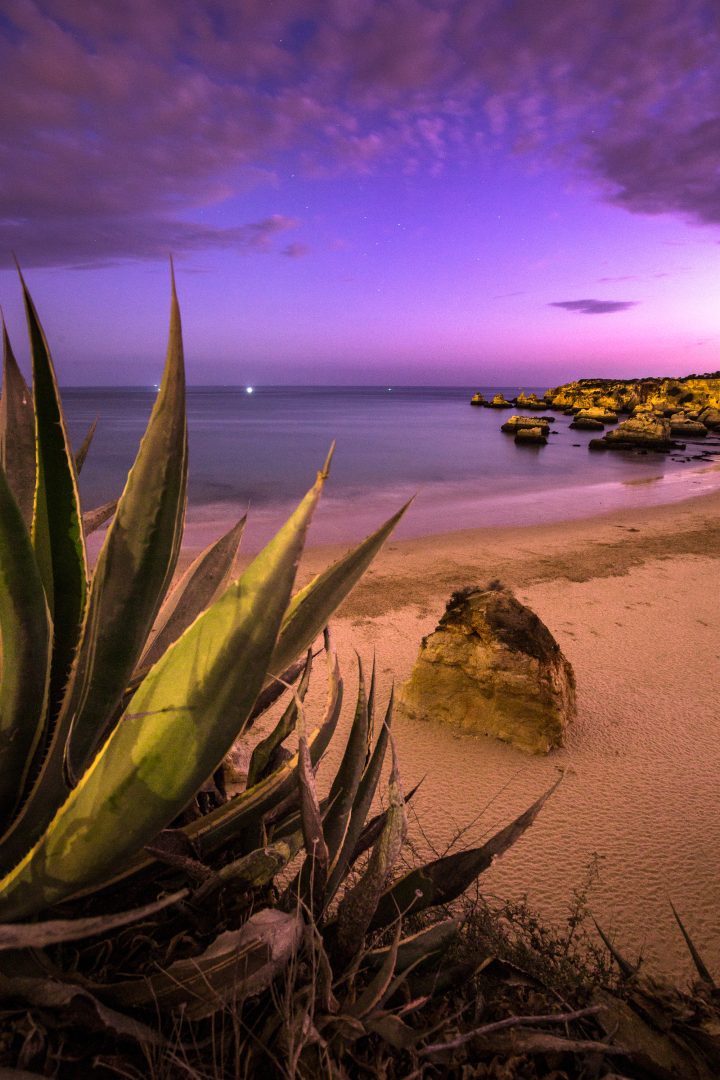 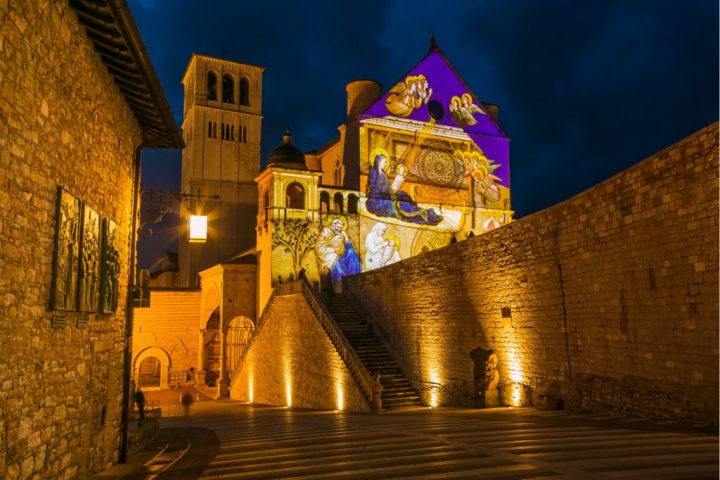