The Art of Advent: St. John the Baptist in the Prison 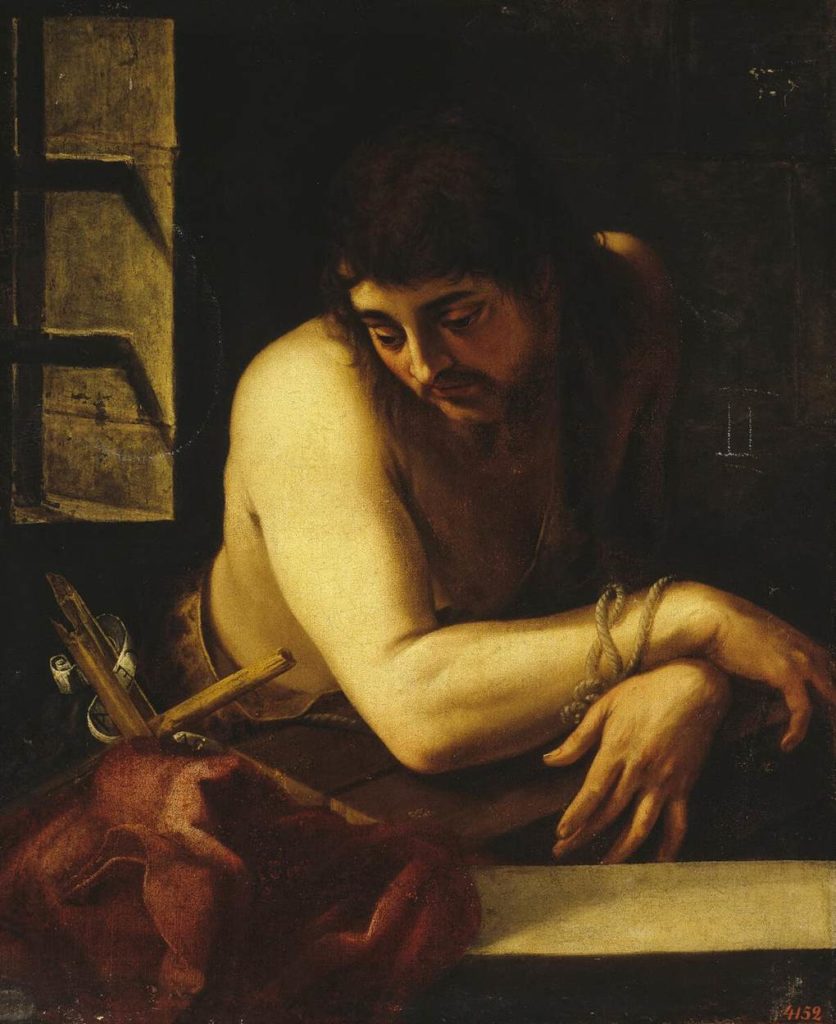 Viewing and pondering sacred art offers the faithful a great way to prepare for the birth of Our Blessed Lord at Christmas. This series of articles will highlight several pieces of art related to the Gospel readings of this year’s lectionary cycle, as well as two pieces related to the week leading to Christmas. Each of these pieces of art allows us to reflect deeply on God’s plan for our lives, and to be prepared for the joyful celebration of Our Lord’s Nativity.

The Gospel passage for the Third Sunday of Advent takes us to the last days of St. John the Baptist’s life. When the scene begins, the “voice crying out in the desert” finds himself sitting in a prison cell because he has ruffled the feathers of the religious and political establishment. The biblical passage tells us that John heard of the works that Jesus was doing around Galilee and Judea, so he sent his disciples to ask if Jesus was the hoped-for Messiah of Israel. Jesus’ reply to John’s disciples is basically, “Go and tell John that it should be obvious by the works that I do. These works are the fulfillment of the prophecy he spoke.” Jesus turns to the crowd and announces that John has been the messenger that has gone before and prepared the way before His own ministry of reconciliation and salvation. Jesus concludes by telling the crowd that John the Baptist is the greatest of all those born among women, but that “the least in the kingdom of heaven is greater than he.” (Mt. 11:2-11)

This Gospel passage offers every hearer the opportunity to reflect on the zeal with which John the Baptist began his ministry, as well as the potential despair of his later condition. We can be certain that John would have wondered, while sitting in his cell, if all of his work had been inspired by the Lord at all, or if it had all been for naught. Hearing this passage in Advent causes us to ask where we have placed our hope; and if we have allowed our hope to be dashed by difficult circumstances. Since Advent is as much about preparing for the second coming, the eschaton, as it is about preparing for the Nativity, the Baptist’s situation offers a ripe opportunity for each of us to measure our own faith, trust, and hope in difficulty and darkness.

One of the best pieces of art to capture this moment is St. John the Baptist in the Prison, painted by Juan Fernández de Navarrete in the latter half of the 1560s while he was the court painter for King Philip II of Spain. The painting presents relatively few details, which means that we are able to focus intently on what is there. Like St. John stripped of his garments, this painting allows our minds to be stripped down to the bare essentials for gauging our standing before God.

In this image, St. John sits alone in a prison cell, illuminated only by a little bit of light entering through a small, barred window. Perhaps this is an appropriate depiction of our feelings at many points throughout life. At some point, each of us has felt alone and in darkness, imprisoned in some way, with what seems like only a little light. Still, Advent is meant to remind us that a greater Light is coming, even in the midst of so much darkness. The season also offers us the opportunity to remember that even a little light will pierce the darkest darkness. So, we can spend the last weeks of Advent asking which areas of our lives need to be illuminated, even just a little bit?

As he sits in his cell, John gazes on two important items with a very pensive look on his face. Clearly within his line of sight are the staff he carried and a red garment, symbolic of his impending martyrdom. The staff has been broken into a much smaller piece, which signifies that John’s prophetic message has been cut off. The red garment lies in a pile, perhaps signifying that John may have asked whether or not his ministry was “worth the sacrifice.” It is easy to imagine John wondering if his ministry has been effective, fulfilling its original mission. Is he still willing to suffer the fate that he seemed so willing to receive just a short time ago? These certainly might be questions that we need to ponder during Advent. Have my best-laid plans been thwarted? Have I been willing to speak prophetically when it was necessary and called for? Have I remained faithful, have I persevered in hope, despite the obstacles that have been before me? Where do I stand now?

This leads us to notice the position of John’s body. The Baptist leans on a piece of wood. Some commentators might call it a table, but it resembles a gibbet on which criminals would have been crucified. This, of course, points the viewer specifically to the Cross of Jesus Christ. In every season of the life of discipleship, Advent included, each of us must realize that the fullness of the Christian life means embracing the Cross. It means leaning on Jesus, the Crucified Lord, as our only source of strength and hope. While John may not have heard this specifically, he lived, ministered, and died according to that paradigm. Will each of us embrace the Cross as John did?

One final detail in the painting is of great interest. There is a rope wrapped around John’s right arm, near his wrist. Probably, this detail is meant to identify that the Baptist was bound and brought to this prison cell. Yet, it is also symbolic for viewers in every age. After the Resurrection, Jesus promised St. Peter, “you will stretch out your hands, and another will dress you and carry you where you do not want to go” (Jn. 21:18 ESV). Disciples of Jesus should realize that Jesus’ statement is directed at each of us, individually. Advent is a time for every disciple to come to grips with this basic fact of the Christian life. We will be bound and led somewhere that we may not want to go. It might be a red martyrdom, a white martyrdom of purity and chastity, or it might mean becoming a social pariah for the sake of the truth of Jesus Christ.

This Gospel passage and this piece of art both serve to help us reflect on ways that we have been frustrated, and how we may feel that our hopes have been dashed. Additionally, they both inspire us to spend the remainder of the Advent season reflecting on the ways that God keeps our hope alive. It is inspiring to know that we can become a little bit like the greatest man born of woman, that we can heroically face disappointment and sorrow, and that we can prepare the way for Jesus. Our hope is renewed by these realizations, and by engaging in the work that Our Blessed Lord asks of His disciples and prophets. Let’s give thanks that God continues to sustain our hope during this season and always.

St. John the Baptist in the Prison is in the public domain. 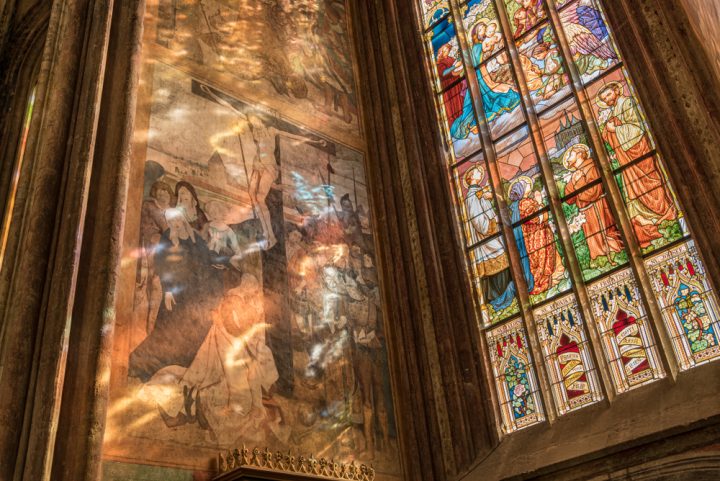 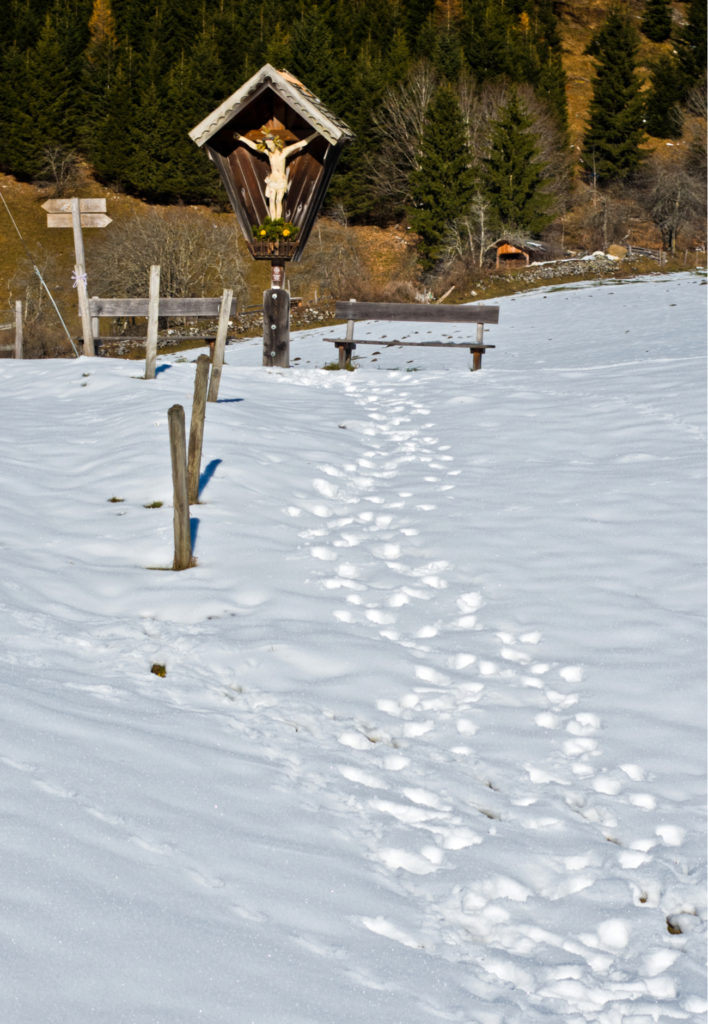