The Conventual Mass and the Traditional Eucharistic Fast 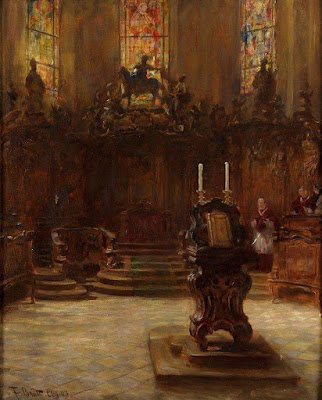 For those who are familiar with the traditional (pre-1953 rubrics forbidding even water before Holy Communion), a question arises on how this should be practiced in monasteries as well as when Mass should be offered.

The rubrics for the celebration of the Holy Sacrifice of the Mass call for Mass after None on vigils and Ember days. Historically would everyone receiving communion – priests and all the ministers – observe the complete fast from all food and water (i.e., the natural fast) until then? This was a recent research topic which I helped explore.

The rubric states that the Mass must begin after None, but it does not follow that None must be celebrated at a certain hour (e.g., 3 PM). In support of this view is Canon 821 of the 1917 Code of Canon Law, which states that Mass may commence “from one hour before dawn until one hour after midday.” It, therefore, follows that the rubric could not be interpreted as mandating that the hour of None be celebrated at 3 PM and Mass afterward, since Mass was not generally allowed at that hour. While debated, it is affirmed by Rev. Heribert Jone that Regulars such as the Benedictines have the privilege of celebrating Mass two hours before dawn, two hours after midnight, and as late as 2 hours after midday, but may with a just cause celebrate Holy Mass as late as three hours after midday (“Moral Theology: Englished and Adapted to the Laws and
Customs of the United States of America » published in 2009 by Newman Press, p 285).

Likewise, Father Quigley, in his 1920 work, The Divine Office A Study of the Roman Breviary states: “In the recitation, the times fixed by the Church for each hour should be observed. But the non-recital at those fixed times is never a mortal sin and is rarely a venial sin unless their postponement or anticipation is without cause.”

In the modern age, from around the time of the Council of Trent until today, the rubric regarding the conventual Mass on some penitential days is understood as one that is anticipated. The rationale for this practice is due to the abrogation of the obligation of postponing the meal until 3 PM – or at least 12 PM – on most vigils and ember days, if not by decree, at least by contrary custom, except in the places that have kept it. Saint Robert Bellarmine attesting to this fact, said, “The ancients offered the holy mysteries between the third hour and the ninth, because on fasting days the fast was not broken until the ninth hour. But ordinarily, now the mysteries are celebrated between the first hour, that is, dawn and midday.”

Wednesdays, Fridays, the vigils of the apostles, and other minor vigils along with the ember days outside of Lent were semi-jejunia or half-fast days in the first millennium, meaning that the fast day meal was not allowed until 3 PM. This was almost universally practiced in both the East and the West. The Pedallion, the Didache, Tertullian, and St. Basil attest to this. By the time of Pope Gregory VII at the turn of the millennium, Wednesdays, Fridays, and Saturdays were reduced to abstinence days except in those places that kept the original discipline, such as in the East on Wednesdays and Fridays and in places such as Ireland which kept the Wednesday and Friday fast and in England which kept the Friday fast.

By the time of St. Thomas Aquinas, most places did not keep the time for fast on the ember days due to the severe relaxation of fasting discipline and yet St. Thomas expresses a wide-ranging time for Mass: “But since our Lord’s Passion was celebrated from the third to the ninth hour, therefore this sacrament is solemnly celebrated by the Church in that part of the day.” Here he expounds upon the principle more clearly when he writes:

“As already observed, Christ wished to give this sacrament last of all, in order that it might make a deeper impression on the hearts of the disciples; and therefore it was after supper, at the close of day, that He consecrated this sacrament and gave it to His disciples. But we celebrate at the hour when our Lord suffered, i.e. either, as on feast-days, at the hour of Terce, when He was crucified by the tongues of the Jews (Mark 15:25), and when the Holy Ghost descended upon the disciples (Acts 2:15); or, as when no feast is kept, at the hour of Sext, when He was crucified at the hands of the soldiers (John 19:14), or, as on fasting days, at None, when crying out with a loud voice He gave up the ghost (Matthew 27:46-50) » (Summa Theologiae III, Q. 83, a. 2, reply to objection 3)

St. Thomas hence mentions the ancient and longstanding practice that at his time was beginning to diminish due to the acquiescence to an age that cannot fast wholeheartedly.

The rubric itself is an expression of an ancient practice that goes back to the time of the Apostles and was fully developed liturgically by the onset of the patristic era. It was understood that Wednesdays, Fridays, and some other penitential days of the year, such as most vigils, were days of fast and that the meal could not be had until after 3 PM. Tertullian mentions the conjoining of this discipline with the liturgy. He says that Wednesdays and Fridays and most vigils were called semi-jejunio and station-days, which were days of half-fast, referring to the time of the meal days. These days were also ones of particular devotion where the faithful were expected to fast until None, hear Mass, and receive Communion. Holy Communion at this point was not received until after None or 3 PM.

This was practiced in most places, including Rome, and it was also practiced by St. Basil in the East. It continued to be the practice until around the turn of the millennium when the Wednesday, Friday, and Saturday fasts were reduced to simple abstinence for the Roman Church by Pope Gregory VII, the aforementioned exceptions withstanding.

As a result, should traditional Catholic monks who seek to restore tradition keep the Eucharistic Fast on vigils and ember days until 3 PM? Absolutely. Should they celebrate Mass at 3 PM on those days? Absolutely. This is the ancient and longest-standing practice of the Church, which was abrogated to acquiesce to the weakness of men only in very modern times.

Should monks also celebrate Holy Mass and fast until 3 PM on all days of Advent from the day after St. Martin on November 11th until the day before Christmas Eve inclusively? Yes. Should monks fast from everything until sunset on the major vigils (i.e., Christmas, Pentecost, Assumption) and on every day in Lent? Yes. Can Mass be said at that hour? Yes, but generally only by way of a custom against the rubrics.

In an era when so few keep the Traditions of the Faith, and so few hear Daily Mass or pray the Divine Office, it is a comfort to know that some Orders have adopted the traditional discipline of our forefathers to restore all things in Christ. May we keep them in our prayers as they, hidden from most eyes, truly restore Christendom through their actions.

The 3 Unique Styles to Depict St. Jerome in Art 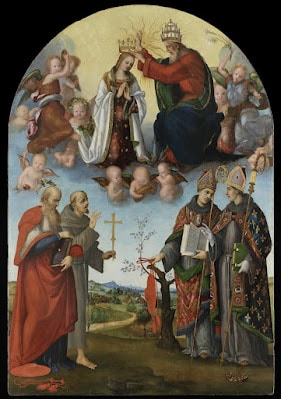 The 3 Unique Styles to Depict St. Jerome in Art

Depicting Saints Together Who Had No Earthly Connection 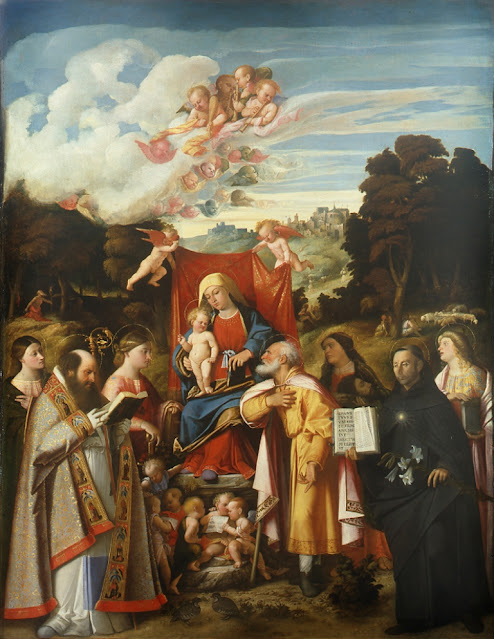 Depicting Saints Together Who Had No Earthly Connection 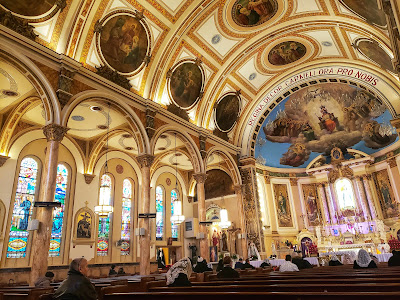