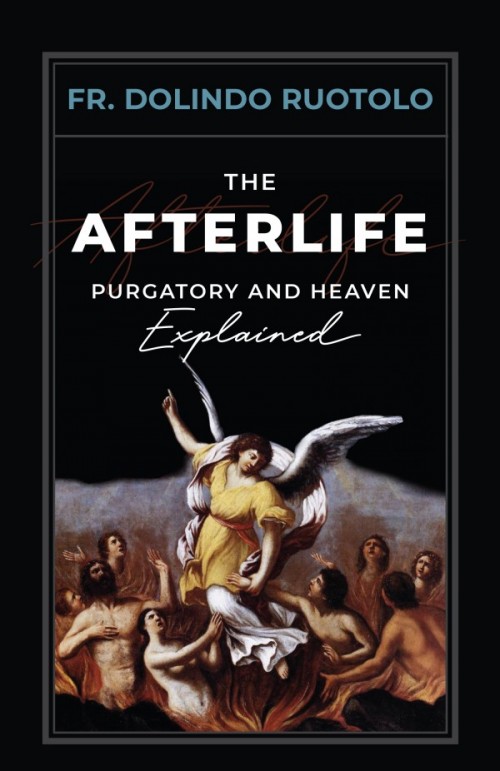 Editor’s note: Special indulgences may be gained for the souls in Purgatory throughout the Octave of All Saints, November 1-8. See here for ways to help the Holy Souls.

Purgatory is a marvelous contest of love between God and the soul, and, in a contest of love, there is no space for anything that is hard and ruthless. The One who purifies with suffering purifies for love.
He therefore looks for all ways to mitigate as much as possible the suffering that purifies; the one who is purified suffers, but the love that ties him to the One who purifies it makes the suffering more acceptable. The surgeon who treats a patient looks in every way to alleviate the pain, and the patient who suffers finds relief in the thought that, although he is in pain, he will be cured. Knowing this, he suffers with patience.

It is no surprise, then, to recognize that, in Purgatory, there are joys, comforts, and relief. In this we see the love of God toward those souls who are purified, and the love of the souls who, longing to be purified, contemplate with love the harmony between justice and Divine Mercy. The souls want to suffer, for it is a need of their own love that drives them toward God; in their pains, they feel the comfort of God, and cannot refuse their purification because of the happiness they will receive in their eternal glory. In every way, He alleviates their sufferings and comforts them, as a mother kisses and caresses her child who must have an operation.

If God weeps over the lost souls who, willingly and with a relentless hate, separate themselves from Him, how much more is He moved because of those souls who love and long for Him? We are too used to considering God a most severe judge. We separate His justice from His mercy and His love, which in Him are one and the same, and only one love as in the union of a kiss. “Iustitia et pax osculatae sunt—Justice and peace have kissed” (Ps 85:11).

The first joy of the souls in Purgatory is to feel confirmed in grace. Now they are sure of their eternal salvation and their happy incapacity to sin; they consider all the horror of sins they have committed, feel an immense sorrow in the pains they suffer now, and repent of these sins sincerely. It is a joy that we cannot easily comprehend because we live carelessly in the uncertainty of our eternal salvation. It is a fact, confirmed by many revelations and historical accounts, that the souls in Purgatory prefer to remain in the pains they suffer there, with the assurance of being saved and without sin, rather than to return to earth with no assurance of being saved. Those who were returned to life by miracles of the saints always chose to go back to death and return to Purgatory.

In confirmation of what we just said, we will recount a famous event that happened in the year 1070 to St. Stanislaw, Bishop of Krakow. The wicked Prince Boleslaw was persecuting the bishop. Among the many persecutions leveled against the saint, he succeeded in exciting against him the rage of the heirs of a certain Peter Miles, who had died three years before. The dead man had left some of his land to the Church. The heirs, sure of the protection of the prince, sued him, and, subordinating or intimidating a number of witnesses, obtained a verdict that the saint be obliged to return the lands.

When he saw that the court would not issue a just sentence, the saint appealed with trust to the justice of God. He had the hearing and the sentence suspended and promised to bring as witness the very deceased maker of the will, who was already three years in the tomb. His proposal was received and accepted, in the midst of sharp ridicule for its seeming absurdity.

After three days of fasting and prayer, the holy bishop went with some clergymen and people to the tomb of Peter Miles and ordered it to be opened. Of course, they found there were only a few bones among the dust. The enemies of the saint exulted, certain of their victory. The saint, however, ordered those bones to rise again in the Name of Jesus, Who is life and resurrection. At this command, those bones, under the eyes of all the people present, gathered and joined together and filled out with flesh. The dead man came out of the tomb. Peter Miles gave his hand to the bishop and went with him, followed by the clergymen and the flabbergasted people, to Boleslaw. He attested to him the truth of the donation he had given. After that, St. Stanislaw asked Peter Miles whether he wished to go back to the tomb or to live a few more years on earth: the resurrected man answered that, even though he was still in Purgatory in the midst of excruciating pains for the many sins he had committed, he rather would go
back there than to live on earth without the assurance of being saved. He only implored the bishop to pray and offer
suffrages for him, that he might soon be freed from all his suffering. He was taken back to the tomb in a great procession and the bishop blessed him. He lay down inside, and quickly he went back whence he had come.

This reported fact is historical and witnessed by a thousand people. The second joy that the souls in Purgatory feel is their very own expiation. Because they love God in a perfect way and long for Him, they are heartily sorry for having offended Him and desire to expiate and make amends. There are souls on earth who, truly repenting of their sins, feel the need to add to the sacramental penance other severe penances: the hair shirt, scourges, fasting, and discomforts of all kinds. In these, they rejoice in their inner spirit because they suffer for love. The souls in Purgatory, having a perfect knowledge even of their smallest sins, rejoice in expiating them.

St. Catherine of Genoa received special revelations about the joys of Purgatory. She writes:

I see the souls to be eager in suffering the pains of Purgatory for two reasons. Firstly, because they consider the mercy of God. They understand that if God’s goodness would not temper justice with mercy, satisfying it with the most precious Blood of Jesus Christ, even a single sin would merit a thousand hells. The souls in Purgatory, in fact, perceive with a special light the greatness and the sanctity of God. They suffer, but, at the same time, they rejoice in adoring His greatness and recognizing His sanctity. Their joy is similar to that of the martyrs who suffered in adoration of and witness to the living God and Jesus the Savior; however, for the souls in Purgatory, this joy is felt to a much higher degree.

Another reason for the souls in Purgatory to rejoice, says the saint, is expiation. The souls in Purgatory see themselves doing the will of God, and they delight in what the love and mercy of God are creating in them. God impresses these two attributes on their minds in an instant, and, because they are in grace, they hear and understand it according to their own capacity, with great joy. This joy increases with their degree of closeness to God. The smallest knowledge that it is possible to have of God is, in fact, much greater than any pain or happiness of which man can conceive on earth. This is why the souls in Purgatory accept with joy the pains which, purifying them, make them closer to God. Little by little, they see the diminishment of the obstacles that hinder them from possessing and delighting in Him.

The third joy of the souls in Purgatory is the comfort of love, because love makes everything easier. “Where there is
love, there is no labor, or, if there is labor, the labor is loved,” says St. Augustine. The souls in Purgatory are in an ocean of love, because Purgatory is a contest of love. It is love that gives pain to the souls, but the pain is mitigated by love, much more than the suffering of St. Laurence, who was martyred, roasted alive on a burning grill. “The coals,” he exclaimed, “are for me like roses”; and yet they were so hot that he also told the tyrant: “I am already burned on this side; turn me on the other side.”

The above excerpt is taken from The Afterlife: Purgatory and Heaven Explained, available from Sophia Institute Press. 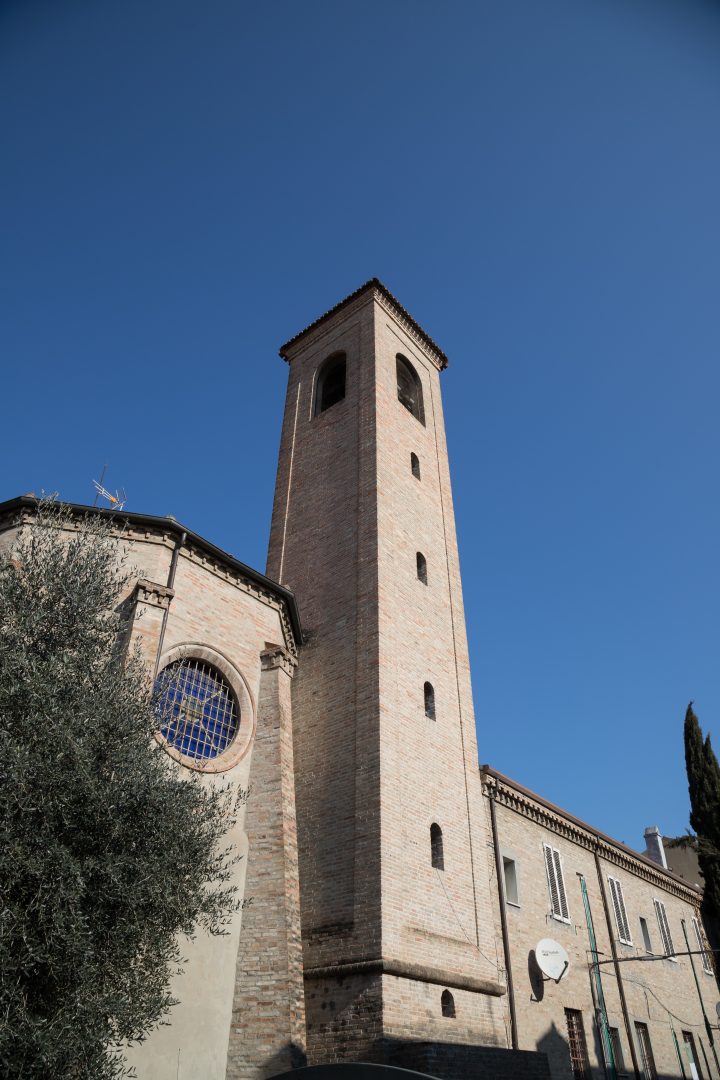