In a nearly unprecedented move by…

In a nearly unprecedented move by a bishop, a retired head of the Diocese of Albany, New York, has asked the Vatican that he be « returned to the lay state, » or laicized.

Bishop Howard Hubbard made the request as he faces numerous lawsuits under New York’s Child Victims Act. Hubbard is accused of sexually abusing multiple children, which he has repeatedly denied, and covering up allegations of sexual abuse by priests.

In a statement released Nov. 18, Hubbard, the longest-serving bishop of the eastern New York diocese, said he had hoped that in his retirement he « might be able to continue to serve our community as a priest. »

« I am not able to do so, however, because of a church policy that prohibits any priest accused of sexual abuse from functioning publicly as a priest, even if the allegations are false, as they are in my case. »

Bishops may remove a cleric from active ministry pending the outcome of a canonical investigation, but it’s not clear what specific policy Hubbard is referring to.

A Nov. 19 statement from the Albany Diocese said there is no diocesan policy that forbids an accused bishop from sacramental ministry and that it is Hubbard « alone who voluntarily removed himself from any public celebration of the sacraments. »

Kathy Barrans, director of communications for the diocese, told NCR Hubbard has not been engaged in public ministry since he announced he would voluntary step back from ministering publicly in 2019.

Hubbard said in the statement he had asked the Vatican « for relief from my obligations as a priest and permission to return to the lay state. In whatever time I have left on this Earth, I hope to be able to serve God and the people of our community as a lay person. »

In addition to the civil lawsuits accusing Hubbard of sexual abuse, the 84-year-old is being investigated under Vos Estis Lux Mundi (« You Are the Light of the World »). Issued by Pope Francis in 2019, Vos Estis is a set of laws that include a system to evaluate reports of abuse and cover-up by bishops. New York Cardinal Timothy Dolan, as the metropolitan archbishop who oversees the Albany Diocese, is responsible for investigating the claims against Hubbard.

Citing protections under the First Amendment, the New York Archdiocese has been trying to block the disclosure of more than 1,400 pages of internal records related to its Vos Estis investigations of Hubbard. The records are sought in connection to one of the Child Victims Act cases against Hubbard, the Albany Diocese and a deceased former priest, according to the Times Union. The archdiocese’s motion is pending in the Supreme Court in Albany.

If Pope Francis approves Hubbard’s request to be returned to the lay state, the prelate would be only the second accused U.S. bishop and eighth accused bishop worldwide to be laicized, according to BishopAccountability.org. A laicized cleric is barred from all priestly ministry but may give absolution to someone close to death. The former Cardinal Theodore McCarrick was laicized in 2019.

Anne Barrett Doyle, co-director of BishopAccountability.org, knows of two  instances of bishops believed to have requested laicization — one bishop in Paraguay who was elected president and a Canadian bishop who was convicted of possessing child pornography. She noted other bishops may have requested laicization for reasons other than sexual misconduct, such as to get married.

Barrans said she couldn’t answer questions about the Vos Estis investigation of Hubbard because the case is being handled by the New York Archdiocese. The archdiocese did not immediately respond to a number of questions from NCR.

Jennifer Haselberger, a canon lawyer and church whistleblower, said it’s not clear how the Vos Estis case will proceed given Hubbard’s request for laicization.

But she said in typical cases involving abuse, accused priests are given the opportunity to seek laicization rather than going through a canonical trial. « That is a favor granted, rather than a penalty, and spares the church and the priest the necessity of trial and conviction, » said Haselberger. « It also avoids the possibility of an appeal. »

She said in such cases laicization can be approved within a few months, whereas a trial can take years.

Hubbard, who led the Albany Diocese from 1977 until 2014, said in his statement that he will continue to fight allegations.

« I hope and pray I will live long enough to see my name cleared once and for all, »
he said. « Serving our Church and the people of the Albany Diocese has been the greatest blessing of my life. »

He concluded by saying that while the pain of being falsely accused is great, « it can never approach the devastation experienced by victims of sexual abuse perpetrated by clergy or others in a position of authority in our society. »

« I also continue to pray daily for the children, adults and families who have suffered that they will experience healing and reconciliation. »

Before becoming bishop, Hubbard was known as a « street priest » who walked the largely working-class South End of Albany collecting food donations and driving people with addictions to detox. He founded a recovery program for adults and teens struggling with addiction and was founding president of a program for individuals with developmental disabilities.

Allegations against Hubbard first surfaced in 2004, when he was accused of paying a teen for sex in the 1970s and of having a sexual relationship with a young adult male, who took his own life in 1978, according to BishopAccountability.org.

Hubbard hired an investigator, who issued a report saying there was « no credible evidence » of misconduct.

In 2019 and 2020, under the New York Child Victims Act — giving survivors of child sex abuse a two-year window to sue after the statute of limitations lapsed — five lawsuits accused Hubbard of abusing four boys and one girl in the 1970s through the 1990s. All five lawsuits assert Hubbard abused the victims in concert with one or two other Albany priests, according to BishopAccountability.org.

An additional lawsuit against Hubbard was filed in 2021, claiming he sexually assaulted an 11-year-old boy shortly after he was installed as bishop, and in 2022, two brothers said Hubbard joined in some of the sexual assaults inflicted on them by the former priest Gary Mercure, who was sentenced to prison in 2011 for raping two altar boys.

Hubbard denied all the abuse allegations, but in 2021 admitted in a deposition that he had covered up allegations of sexual abuse against children by other priests. He claimed he did not report allegations to law enforcement because he was not required to do so by law and out of concern for « scandal and respect for the priesthood. »

Jeff Anderson, whose firm has filed numerous lawsuits against the Albany Diocese, said he believes Hubbard’s request for laicization was spurred by the Child Victims Act cases.

« This is the true power of bringing light, heat and scrutiny through statute of limitations reform, » said Anderson in a Nov. 18 statement. « The survivors can now have a sense of relief that for the first time there are consequences and some accountability. This is just the beginning. »

The Nov. 19 statement from the Albany Diocese said that « prayers continue for all impacted by this news. »

« The needs are many, from the abused, to those in our family of faith who are angry that this happened, also those who don’t understand, and to the abusers. As the body of Christ, we are called to pray for all. »

Bishop Edward Scharfenberger, who succeeded Hubbard in the Albany Diocese, issued a statement the day of Hubbard’s announcement.

« Whatever considerations and circumstances may have led to this decision, most probably after a difficult process of discernment, we offer him our prayers and our hopes for happiness and well-being, » Scharfenberger said. « This news may be shocking and painful for clergy and laypersons who know and love Bishop Hubbard and have appreciated his many years of ministry. I offer Bishop Hubbard my own prayers and fraternal assistance. »

Doyle said Scharfenberger’s omission of alleged victims in his initial response « is quite telling. »

« With no acknowledgment of the many victims naming Hubbard as an abuser, he is implicitly conveying his lack of respect for these allegations, » she said.

« In Hubbard’s case he often allegedly teamed up with other abusive priests to molest children, » added Doyle. « If the allegations are true — and statistically an overwhelming majority of allegations are — Hubbard not only tolerated abuse in the Albany Diocese, he encouraged it and facilitated it. » 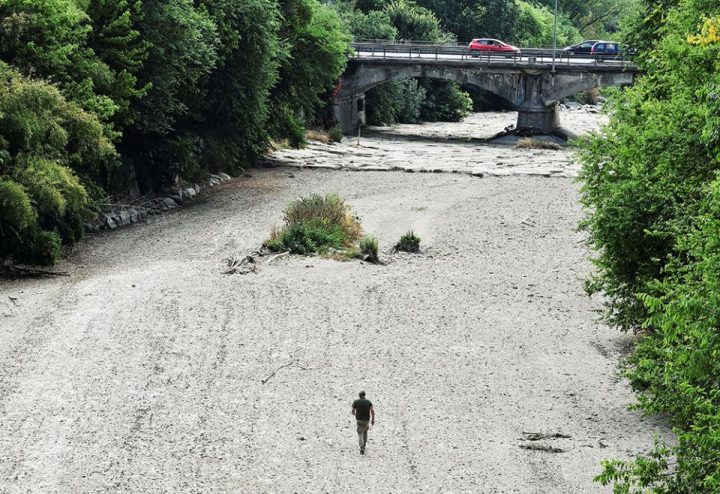 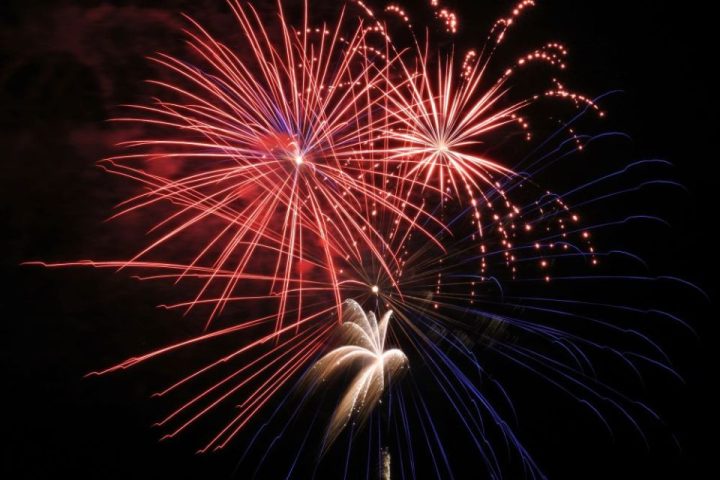 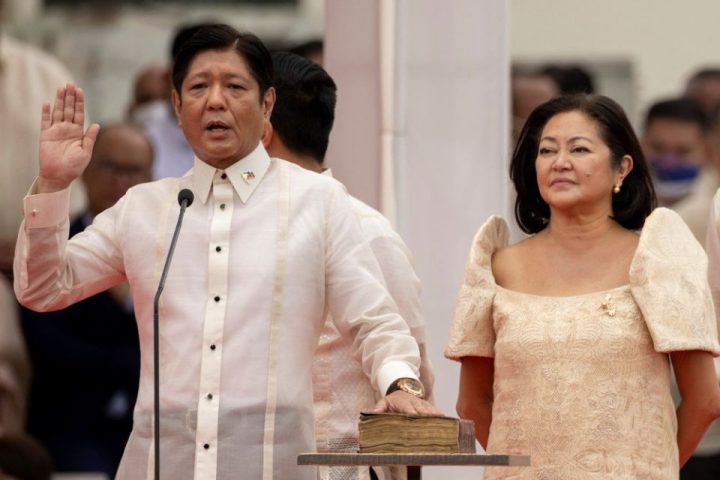