The Dominican-Jesuit Controversy on Grace 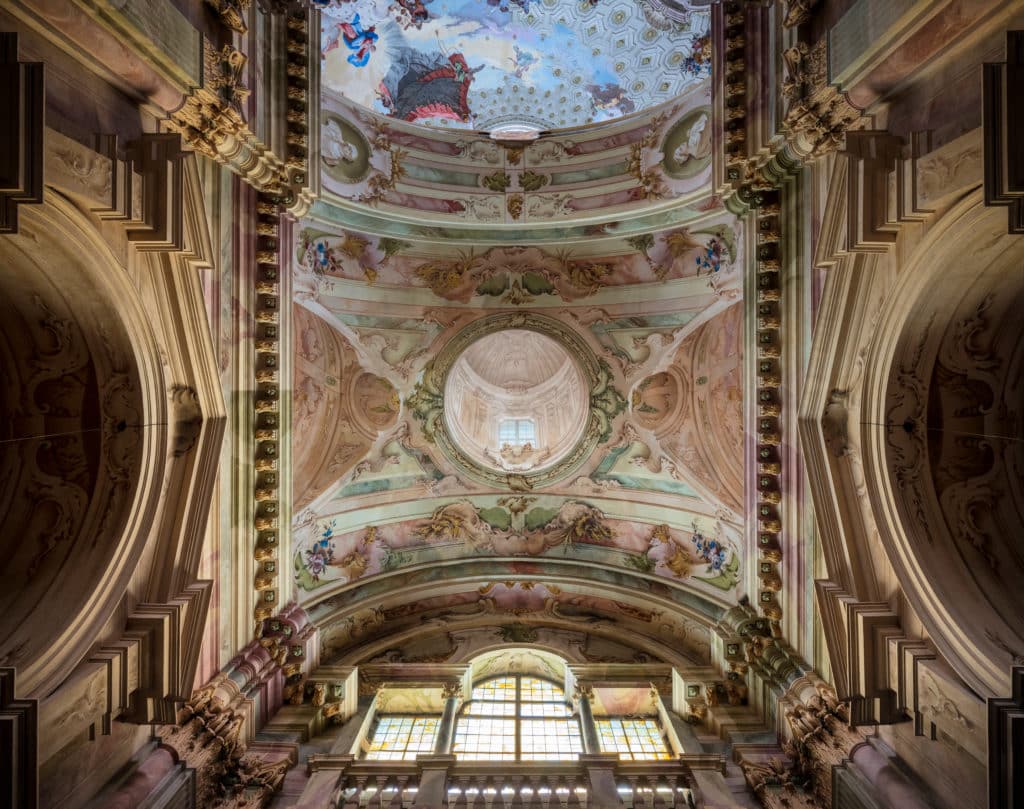 One of the most challenging aspects of Catholic theology is the reconciliation of divine grace with human freedom. This subject has been the occasion of bitter disputes throughout the history of Christianity, the most famous undoubtedly being the argument between the Dominicans and Jesuits during the Counter-Reformation.

The roots of the dispute actually go back to the time of St. Augustine. In the early 5th century, the Church was working out its theory of grace in response to the challenges posed by the Pelagian heresy. St. Augustine of Hippo famously championed the necessity of grace against the Pelagians, who argued that man saved himself by his own merits. The Church ultimately condemned Pelagianism as a heresy and affirmed the necessity of divine grace, not only for salvation, but for the performance of any meritorious action whatsoever, which it always infallibly brings about subject to the will of God.

This, however, led to new questions—If grace made every good act possible, what role does human freedom play in the drama of salvation? Since Christianity believes that man is truly free and accountable for his actions, how can grace and freedom be reconciled? These questions would vex theologians for a thousand years, spawning various approaches to the problem. An intense controversy arose between the Dominicans and Jesuits over the question that consumed the Catholic theological world of the late 16th to early 17th century and became so heated that it required a papal intervention to settle.

The controversy between the orders began with a public disputation on grace held sometime around 1581 between representatives of the two orders, the Jesuits represented by  Prudentius Montemayor and the Dominicans by Domingo Báñez, the confessor of St. Teresa of Avila. The disputation was heated and led Jesuit theologian Luis Molina to publish a work entitled Concordia in 1588. In his Concordia, Molina proposed a doctrine of scientia media, the “middle knowledge” of God. Scientia media concerns the ability of God to see future contingent events—not only things that will be, but every possible outcome based on the variability of human will. Molina argued that with perfect foreknowledge of how a person will respond in given circumstances, God gives grace accordingly. He thus does not cause us to perform deed A, but knowing that with the help of grace we would voluntarily perform deed A, makes this grace available subsequent to this knowledge, which in turn results in us performing deed A.

The Concordia was a controversial work. It quickly aroused the ire of the Dominicans, who claimed it violated several principles condemned by the Spanish Inquisition. The Dominican Báñez was asked to examine the question and stated that the Concordia did indeed contain condemned propositions.

Molina was offered the opportunity to clarify his work, which he did with several amendments attached as appendices. The book, now amended, began to circulate about Europe and was energetically championed by the Jesuits. But the Dominicans continued to object, specifically to the doctrine of scientia media. The teaching, they said, accorded too much to man’s free will. If scientia media were true, they argued, God’s decrees would be determined by man’s actions, since Molina argued that God gives grace based on what He knows men will do in given circumstances. Therefore, the Dominicans argued, man would be determining God.

Led by Báñez, the Dominicans proposed the idea of physical premotion as an alternative to scientia media. Physical premotion is the theory that God moves the will directly by the application of grace, which infallibly produces His intended result. Whereas the Molina’s theory was accused of extending too much to free will, the Jesuits accused Báñez of leaning too heavily upon grace, effectually negating free will. The Dominicans, however, replied even if grace moves the will, it does not do so in a way that negates its freedom; on the contrary, grace actualizes the will and makes it freer.

We can notice two different concepts of freedom at work in this controversy. For the Jesuits, for the will to be free, it must operate without external compulsion—even from God.  The will cannot be said to be free in any meaningful sense if God is causing it to do such-and-such. The Dominicans, however, were considering freedom not as the state of being free from compulsion, but as a mode of action. There are two ways a thing can happen, by necessity (like water running downhill at the force of gravity), or freely (like when I choose to go for a jog). God’s providence encompasses both modes of action—if God wants me to go for a jog, He can will me to do so and cause me to do it freely. My freedom is not exempt from God’s causality.

The two sides met again for a public disputation in Valladolid in 1594, which ignited the controversy until all Spain was engulfed. By this time, Rome had become aware of the controversy. Pope Clement VIII feared the debate was becoming acrimonious and ordered the parties to cease their dispute until Rome could study the question and render a decision. For the next several years the Jesuits and Dominicans endured a forced silence while Rome solicited the opinions of Europe’s major universities. Reports were also presented by important Spanish bishops and theologians. The Dominicans and Jesuits also prepared defenses of their positions for Rome to review. The pope established a special commission under the direction of Cardinal Madrucci (the Secretary of the Inquisition) to study the material. This commission would be known as the Congregatio de Auxiliis, loosely translated as the “Commission on Grace.”

The commission met in January of 1598 and rendered a judgment against Molina in March. Pope Clement was irritated by the haste with which the commission passed judgment, believing that such an important matter required more prolonged study. He ordered the commission to review the material a second time, now with greater scrutiny. The commission went back to work, this time spending the better part of the year scrutinizing the question. This did not change their opinion, however, and they insisted on the condemnation of Molina.

Pope Clement seemed to be unsettled about the commission’s work, as he did not adopt their condemnation of Molina. Instead, he took the unprecedented step of ordering the generals of the Dominicans and Jesuits to appear in Rome to make their case before the commission in person and arrive at a conclusion, akin to when a parent tells bickering children to “settle it yourselves.” These discussions swallowed up an entire year and accomplished little. The Dominicans were relentless I their attacks on Molina, but generally failed to adequately defend their own position.

By now (1600) the controversy had dragged on for 19 years and Luis Molina was dead. Pope Clement, still indecisive, ordered the matter to be discussed in his presence, as well as that of Cardinal Camillo Borghese (the future Pope Paul V) and various members of the commission and other notable theologians. The discussions dragged on for three years (1602-1605) with a total of sixty-eight separate meetings held in the pope’s presence. Clement had the matter talked to death—quite literally, as he died in 1605 before the discussions concluded. Seventeen more debates would be held in the presence of his successor, Paul V. By this time Domingo Báñez, as well, had died, and the orders were being represented by a new generation of thinkers.

At this point Paul V seems to have concluded the problem insoluble, at least at that time. In 1607 he issued a decree to the Dominicans and Jesuits allowing each to defend their respective doctrines but charged them to refrain from condemning the other. Beyond this, he ordered them to wait for a judgment from the Holy See on the matter, which, to this day, has never come. Besides the theological rupture, the pope was also concerned with repairing the bad feeling that had arisen between the orders and consequently forbid the publication of new works on efficacious grace, as he surmised these would only rekindle the intense passions that he hoped to extinguish. These rules remained in force for most of the 17th century.

Today, the positions of the Jesuit Molina and Dominican Báñez are defended by their respective orders and are treated just as any other theological opinions are. The Church has allowed room for both positions, choosing, in her wisdom, not to probe too deeply into the inner workings of God’s providential governance, perhaps recalling the words of the Psalmist, “Such knowledge is too wonderful for me; It is too high, I cannot comprehend it” (Ps. 139:6).

Photo by Roberto Giachino on Shutterstock

The Last Sunday of Advent: Reflecting on Joseph & Mary 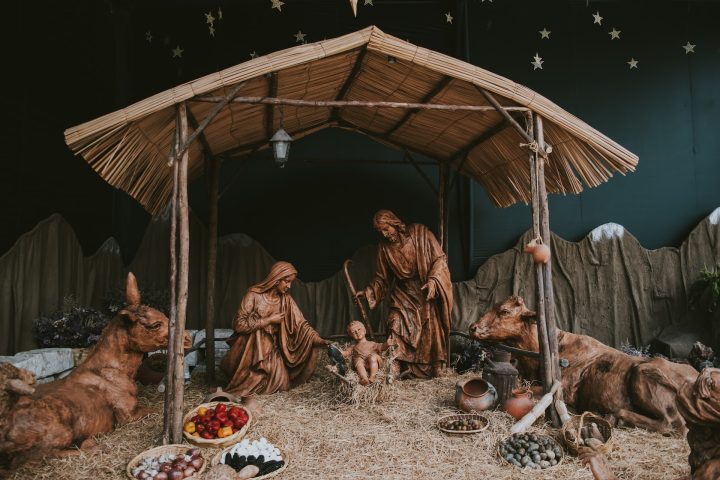 The Last Sunday of Advent: Reflecting on Joseph & Mary 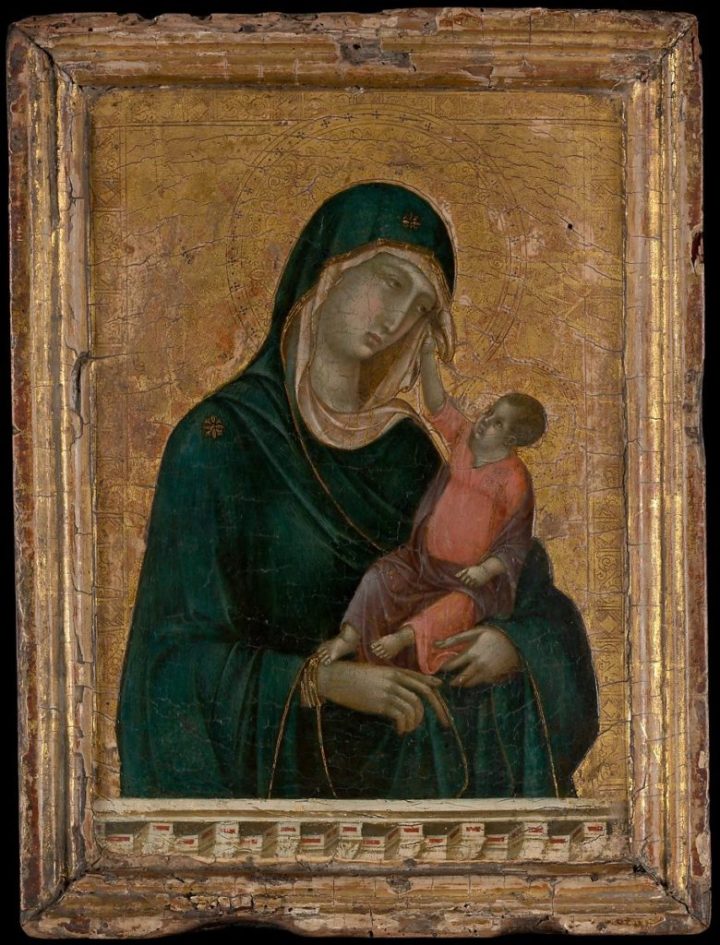 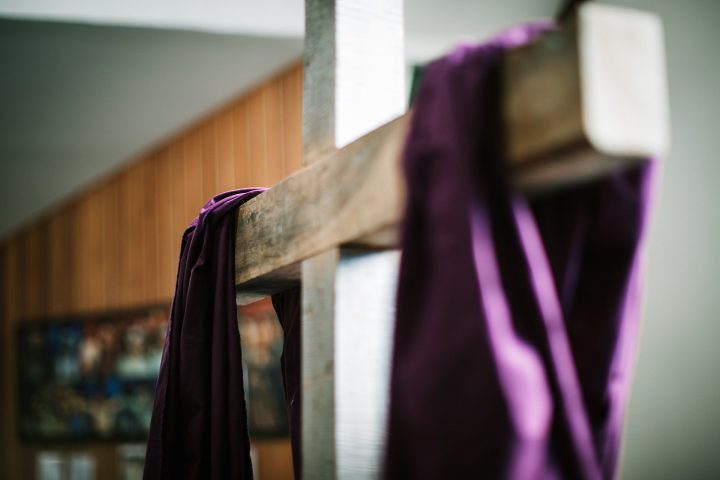