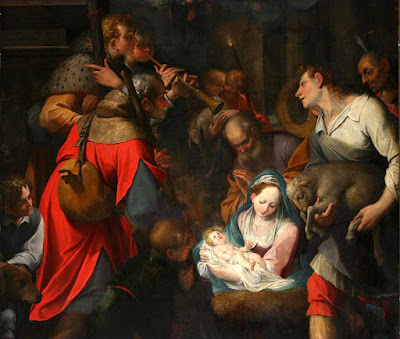 By the turn of the 20th century, the Eucharistic Fast, as practiced under the reign of Pope St. Pius X, remained one of complete abstinence from all “food or drink” as the Catholic Encyclopedia published in 1910 testifies to:

“That Holy Communion may be received not only validly, but also fruitfully, certain dispositions both of body and of soul are required. For the former, a person must be fasting from the previous midnight from everything in the nature of food or drink. The general exception to this rule is the Viaticum, and, within certain limits, communion of the sick. In addition to the fast it is recommend with a view to greater worthiness, to observe bodily continence and exterior modesty in dress and appearance. The principal disposition of soul required is freedom from at least mortal sin and ecclesiastical censure. For those in a state of grievous sin confession is necessary. This is the proving oneself referred to by St. Paul (1 Corinthians 11:28).”

The traditional Eucharistic fast of abstinence from all food and water, with limited exceptions, was enshrined in the 1917 Pio-Benedictine Code in Canon 858. Such a fast applied to priests as well as anyone approaching Holy Communion:

“Those who have not kept the natural fast from midnight are not allowed to receive, except in danger of death, or in case it should become necessary to consume the Blessed Sacrament to safeguard it against irreverence.”

Father Dominic Prummer, in his Handbook of Moral Theology, writes in a commentary on this law:

« The eucharistic fast, i.e. abstinence from all food and drink from midnight immediately preceding reception. This is a univeral and most ancient custom which has been confirmed by many Councils in the Code of Canon Law, cc. 808 and 858. The law of fasting admits of no parvity of matter either in the quantity of food and drink taken or in time. Three conditions are required in order that what is taken have the character of food or drink: a) it must be digestible, and accordingly such things as small bones, human nails or human hair do not violate the fast; b) it must be taken exteriorly, because what is taken interiorly is not eaten or drunk in the proper sense of the word. This it is not a violation of the fast to swallow saliva or blood from the teeth or nasal cavities; c) it must be taken by the action of eating or drinking. Therefore the fast is not violated by anything received into the stomach a) mixed with saliva, such as a few drops of water swallowed while cleaning the teeth, b) through the action of breathing, v.g. when a man smokes or inhales tobacco smoke, c) through the injection of a nutritive substance.”

He adds how the fast should be calculated by noting concerning midnight:

“Midnight may be computed in accordance with solar or legal time (whether this be regional or otherwise).”

And most importantly, he notes six exceptions from the Eucharistic Fast:

“1. In order to complete the sacrifice of the Mass (after the consecration of a least the bread or the wine) 2. In order to preserve the Blessed Sacrament from irreverence; 3. In order to avoid public scandal (when, for instance, ill-repute would be incurred if the priest did not celebrate Mass); 4. In order to receive Viaticum; 5. In order that Holy Communion may be given to the sick who have been confined to bed for a month without any certain hope of speedy recovery. These may receive Holy Communion twice a week though they have taken medicine or liquid food (c. 858, § 2). The words “liquid food” include anything that is drunk even though ti be nutritive food, such as raw eggs (but not cooked eggs); 6. In order that catechumens may receive Holy Communion after tasting salt during their Baptisms.”

Hence, while the law requiring abstinence from all food and drink from midnight was one of universal law, there were several exceptions permitted in 1917, the most common of which was Viaticum. As a result, even in the centuries before the time of Pope Pius XII, the Church mandated a strict fast before the reception of the Holy Eucharist but did prudently permit various unique exceptions.

Yet even beyond the letter of the law, the spirit of the law always shone. And this is seen in particular by the counsel given in the 1946 book “Questions of Catholics Answers” by Father Windfrid Herbst on Holy Communion at Midnight Mass:

“There is no special universal law for the Christmas midnight Mass. If there were any good reason for it, one might take food or drink just before twelve o’clock and yet receive Communion during the Mass. No sin would thereby be committed. However, it is to be strongly recommended that those who receive Holy Communion during the midnight Mass be fasting from at least 8:00 PM out of reverence for the Blessed Sacrament. One should have enough spirit of sacrifice to offer the Eucharistic Savior this little tribute of respect.”

“We say 8:00 PM because when permission was granted some years ago that a Mass beginning at midnight might be regularly said at a certain famous European shrine, at which Mass the faithful might also receive Holy Communion, it was expressly prescribed that they be fasting from 8:00 o’clock on. We here see the mind of the Church, legislating in a particular instance; and we say that this is at leaset the earnest wish of the Church in all instances, unless otherwise specified.”

This Christmas, if you attend Midnight Mass, make it an effort to conclude your meatless meat on Christmas Eve by 8 PM so that you may have a sufficient fast before receiving the newborn King in Holy Communion. 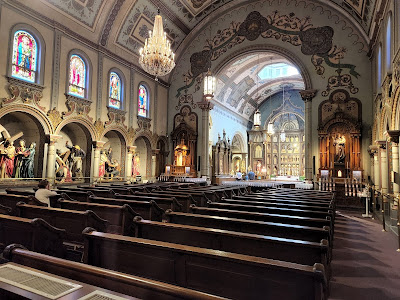 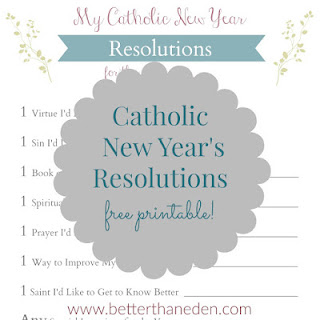 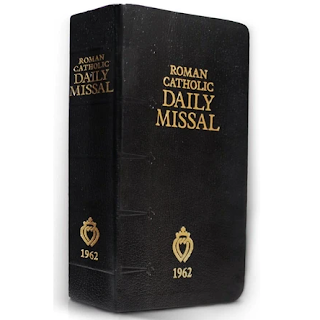