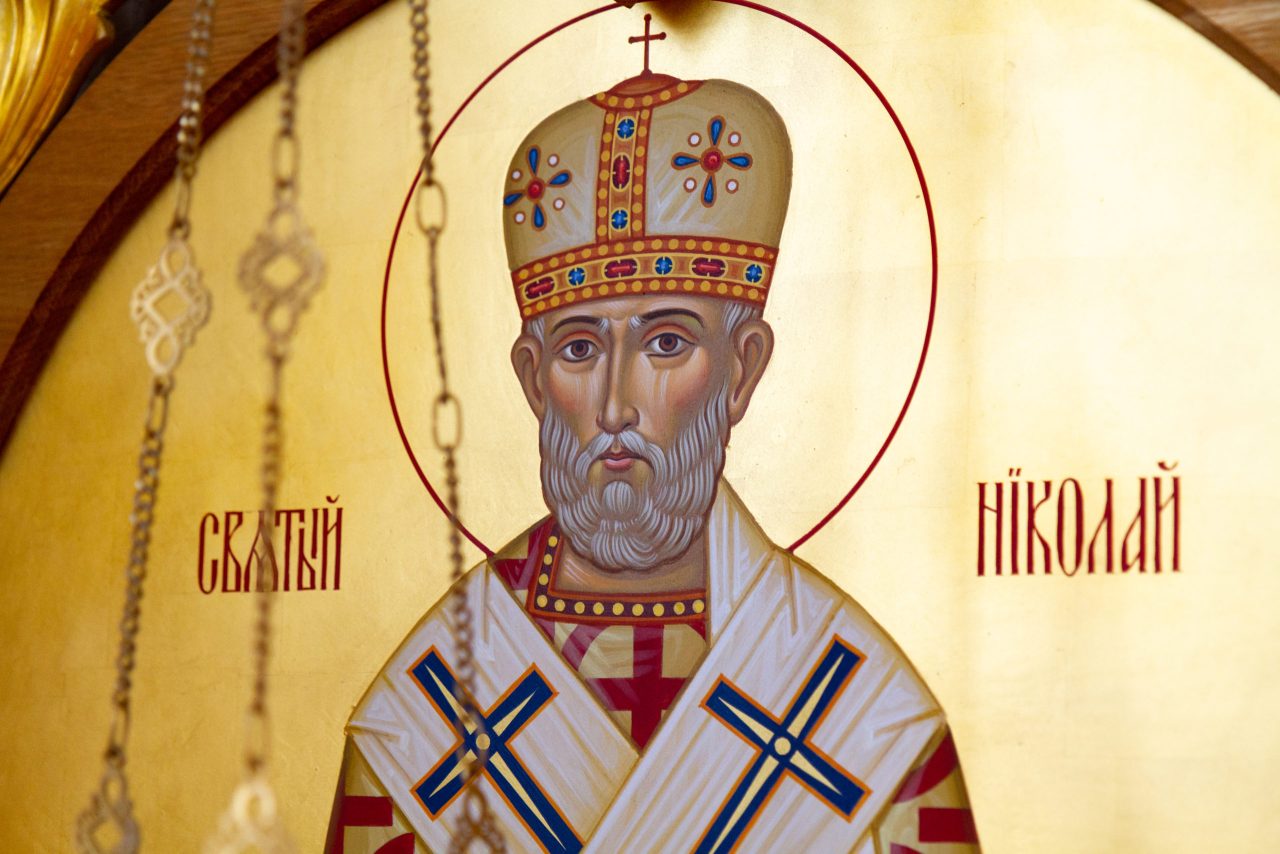 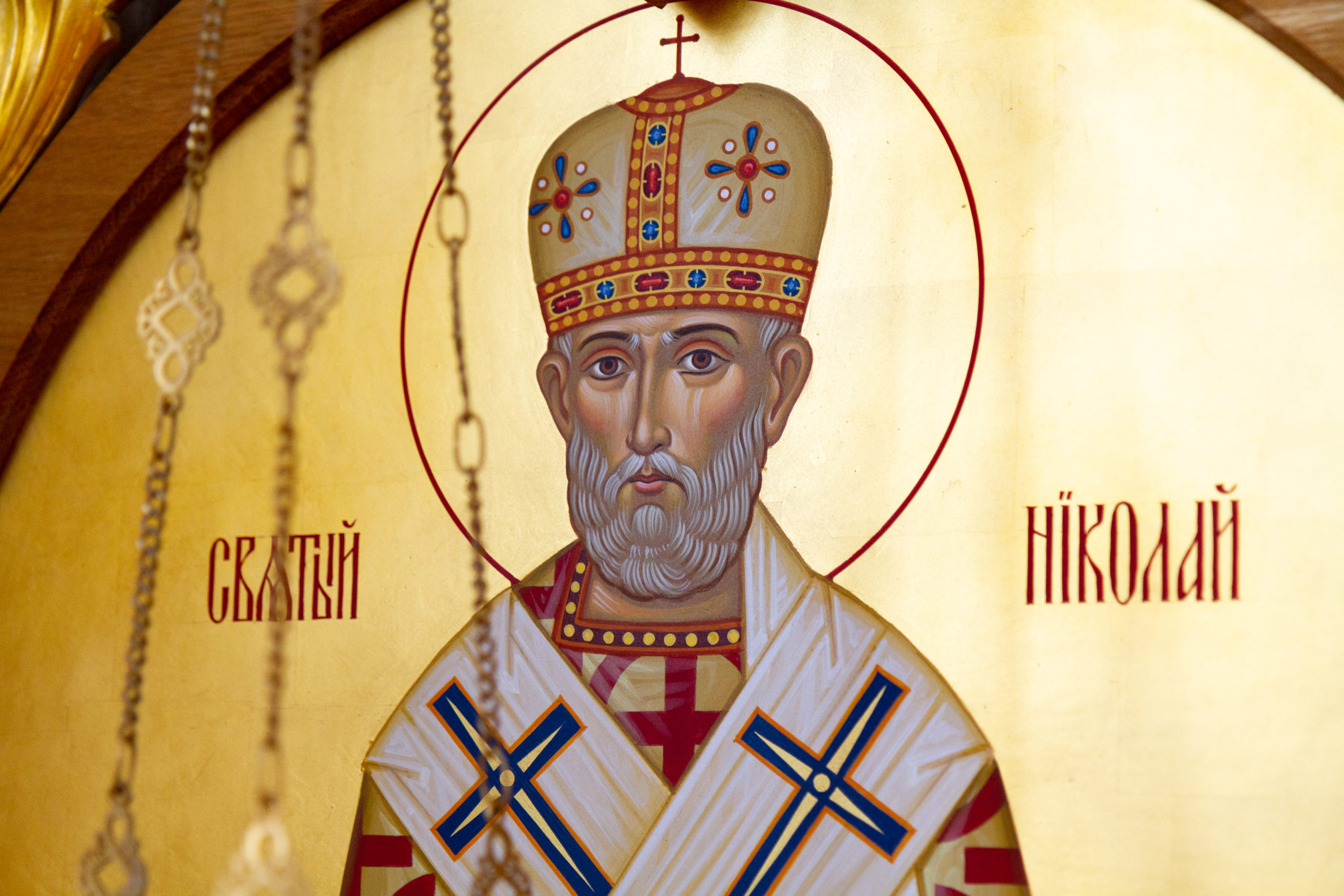 We humbly implore your mercy, Lord: protect us in all dangers through the prayers of the Bishop Saint Nicholas, that the way of salvation may lie open before us. (Proper for the Mass of December 6)

Several years ago, my husband took one of our sons out for breakfast: a tradition when it comes time to discuss certain things related to coming of age. He came back chuckling.

He had started the conversation by asking our son if he still believed in Santa Claus. The answer, not surprisingly, was no. He then inquired, “Have you explained to your younger brother about Santa Claus?”

The indignant answer:  “What kind of a monster do you think I am?  Of course not!”

My son asked why my husband was laughing.

“Because that’s exactly the same answer your older brother gave when I asked him that question a few years ago.

Needless to say, belief in Santa Claus ran strong in our home. So strong, in fact, that the well meaning revelations of children who knew better were likely to be met, not with disillusionment, but with a shake of the head:  poor deluded fools, not to believe in Santa Claus.

There was no confusion about who Santa Claus was. He was St. Nicholas, of course. Letters to Santa were frequently placed in shoes on St. Nicholas’ Eve, an efficient form of post, I thought.  On occasion they were answered by a letter from Santa Claus, left in a child’s stocking.

My children’s strong belief in Santa definitely posed some challenges as Christmas neared. Christmas shopping was always conducted in deep secrecy. Separate gift wrap and tags cloaked gifts from Santa, as opposed to gifts from Mom and Dad. And my children’s belief in the great saint’s power sometimes led them to requests that took some creativity to fulfill.

Meditating on Santa’s role in our family over the years, the thing that strikes me most is that he has protected my children’s innocence.

On a very practical level, he kept us out of the stores during Advent.

To my mind, what could be more devastating to a child’s belief in Santa Claus than a trip to Target. Avoiding the mad rush of the commercial Christmas, at first a practical necessity to avoid compromising the legend of Santa Claus, became somewhat of an obsession over the years as I realized the spiritual benefits of the practice.

My enduring ideal of a monastic Advent never quite syncs with the round of exams, school concerts and social obligations that wind up filling our December calendar instead.

Nonetheless, we try to keep prayer and preparation first in Advent, trusting that the rest will follow.

With the first of Advent, we try to shut the door on the commercial world. Evening prayer around the dinner table, the room lit by the candles of the Advent wreath, becomes a metaphor for our striving to shut out the darkness of the secular world, gather our family and focus on the true light that is about to come into the world.

St. Nicholas has been a part of that striving. Fervent prayers to the saint accompany my Christmas shopping, sometimes with truly miraculous results. And as as I pray to St. Nicholas to reveal what to give my children, I sometimes gain new insights into their character.

It seems ironic that Santa Claus, whose image has been hijacked by an overwhelmingly secular world, has played such a large part in keeping our family’s focus on the mystery of the Christ Child’s birth.

And yet, how appropriate for a saint who is revered as the protector of children and the defender of the innocent.

After all, his legendary gift of gold coins was intended to keep a desperate father from compromising his daughters’ innocence.

Stories abound of St. Nicholas—during his long life and after his death—rescuing children and youth from the clutches of evildoers and restoring them to grateful parents.

As my children have grown, fervent belief in Santa Claus has been replaced by an appreciation of St. Nicholas, slapper of Arius. They love him for that so human and manly act.

This year, as I wrap presents, I reflect somewhat sadly that there are no true believers left in this household. And yet, the great saint has remained a steadfast presence for me, as during a particularly busy Advent I find myself turning to him daily for help and inspiration.

As we gather to sing the last of the O Antiphons—a chorus of deep voices now filling the room—I ask St. Nicholas, protector of the innocent, to preserve in my children that true innocence that runs deeper than a belief in Santa Claus. 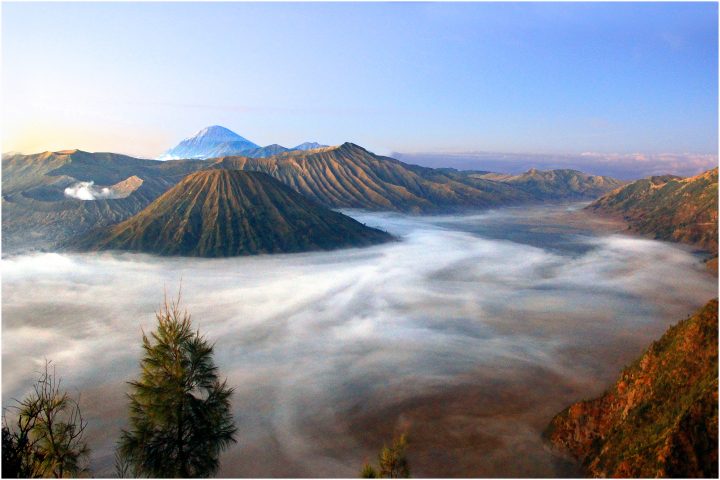 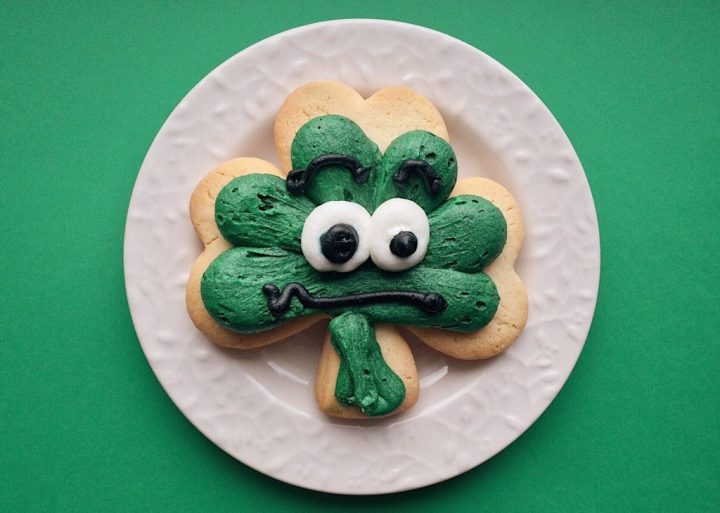 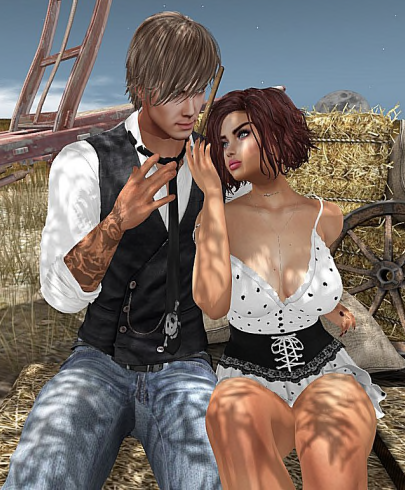