The Solemnity of Mary, Mother of God 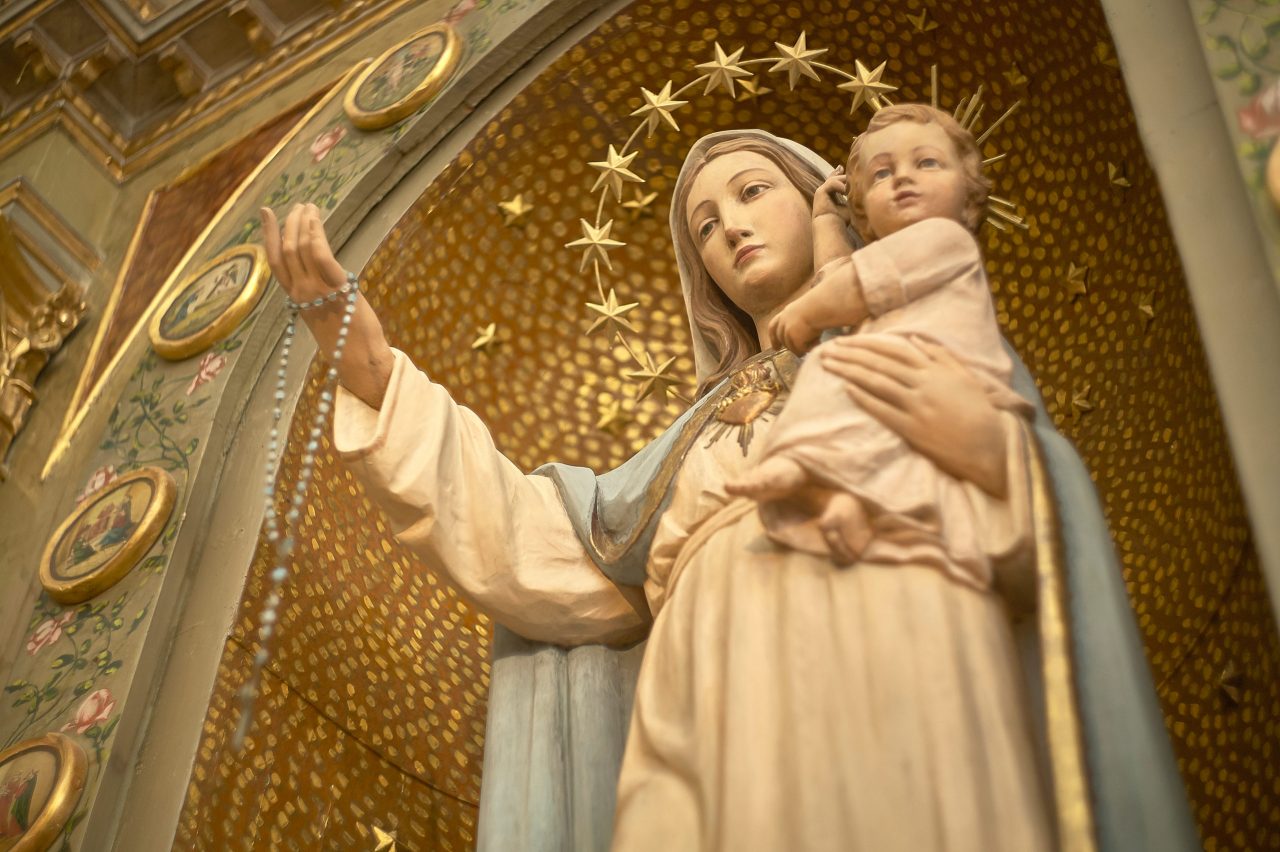 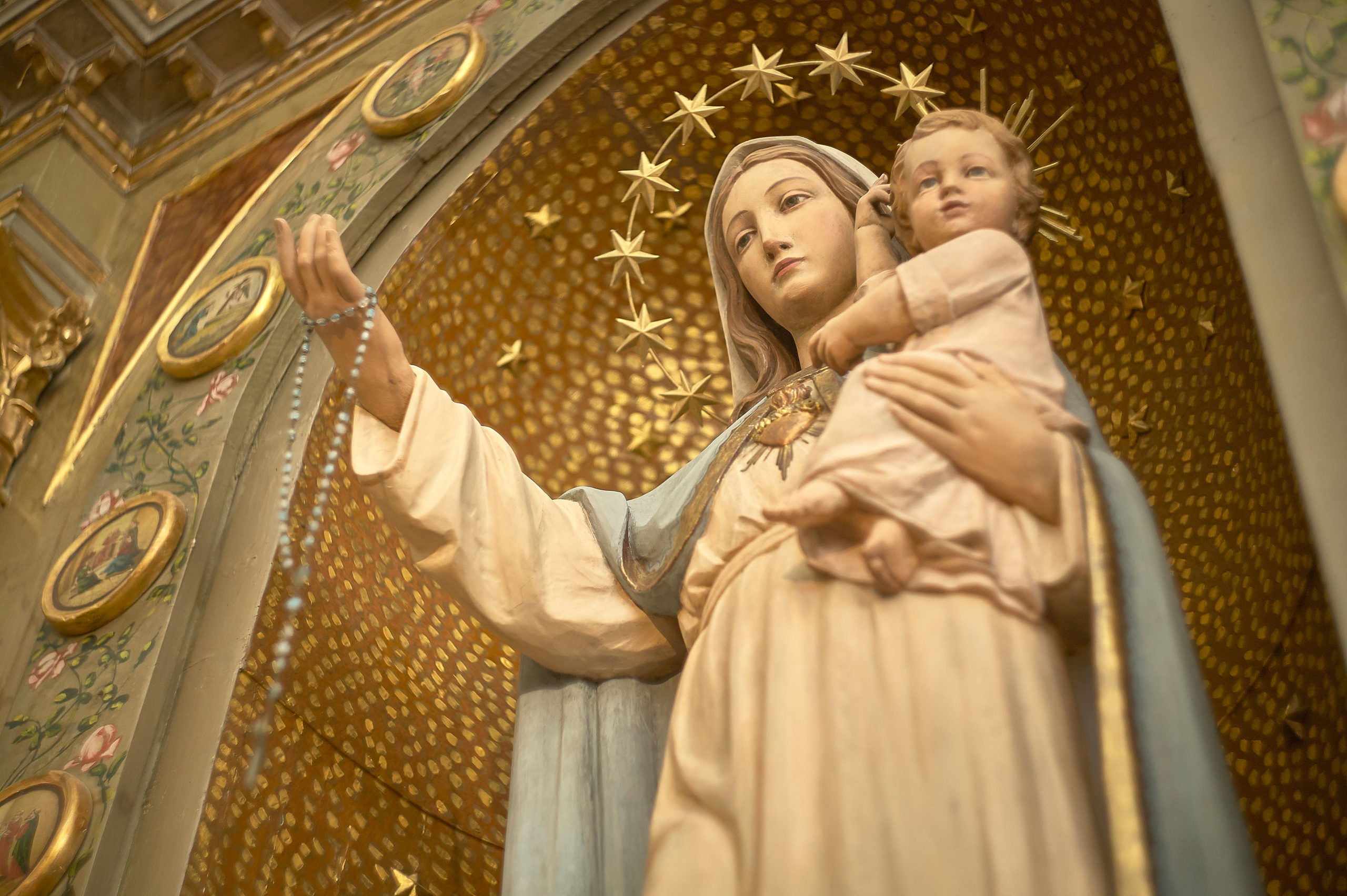 What was it like for Mary to be the Mother of God?  Our Gospel reading gives some hints.

Included in the Octave of Christmas is today’s solemnity, which gives us an opportunity to think about Mary’s participation in the Incarnation.  We know, of course, that the description of Mary as “Mother of God” came as a result of confusion in the early years of Christianity over the exact nature of the Incarnation.  The controversy pivoted on the question of whether Jesus was fully divine from the womb.  Some suggested that He was born human and endowed with His divine nature.   The Church declared that Jesus, from His conception in Mary’s womb, was fully human (from His mother) and fully divine (from His Father).  If we believe that Jesus is God (we do), then we believe that Mary is the Mother of God.

However, to observe this solemnity only as a theological marker, as important as that is, would be to fall short of all it offers to us.  Aren’t we curious about what it was like for Mary to be God’s Mother?  Jesus, from the Cross, gave her to us as our own Mother, too.  Don’t we want to know her better?

Today’s Gospel takes up the Nativity narrative with the visit of the shepherds, who had just gotten an angel’s announcement of “good news of a great joy which will come to all people, for to you is born this day in the city of David a Savior, who is Christ the Lord” (Lk 2:10-11).  The angel gave the shepherds directions to find this baby.  When the shepherds arrived, they told Mary and Joseph “the message that had been told them about this Child.”

Let us think for a moment about Mary in this scene.  She knew that she had given birth to God’s own Son, in a truly miraculous way.  Do we wonder what it was like for her to give birth to Him in a make-shift “home,” in the shabbiest of circumstances?  Every expectant mother wants safety and hospitable surroundings for the birth of her child.  This is a biological dictum of motherhood.  Did Mary’s mother’s heart shrink when she realized this was not to be the case for her Son?  Was this her first opportunity to wonder what lay ahead for this Child?  If these thoughts filled her, imagine the impact of the shepherds’ arrival.  These men were simple folk.  In fact, shepherding in that day was sometimes done by men who could get no other work, hired hands who were often thought to be borderline suspicious.  In other words, they were on the lowest rung in society.  Yet it was to these men—not those in palaces or in the precincts of the Temple—to whom the news of the birth of the Savior was first given.  As they burst upon the scene, excited with their news and full of joy over God’s goodness, did their presence (and God’s choice of them to be witnesses to Mary’s Son) begin to deepen her understanding of the kind of ministry He would have?  Did their exuberance make her smile?

We have all seen the almost beatific gaze of love that mothers lock onto the faces of their newborns.  There is unbounded tenderness and awe in that look.  Did Mary, the Mother of God, after hearing the report of the shepherds and seeing their conversion to God, look down on her Infant’s face and think to herself, “Behold, the face of God”?  Did the shepherds’ visit give her encouragement that even though His birth probably didn’t happen as a mother would have hoped, she could be confident that it had happened exactly right?

We see that Mary “kept all these things, reflecting on them in her heart.”  We can only imagine all the questions that flooded into her mind, but we can have no doubt that what she pondered gave her joy.  She was, in her mother’s gaze of love, face-to-face with God’s mysterious way of working in the world to ransom His people from the bondage of sin and restore them as His children.  There would surely be many surprises ahead.  Yet, even as an Infant in a manger, Jesus was reaching out to the simple, the disenfranchised, the struggling, the outcasts, and His presence turned their lives into testimonies that glorified and praised God.

Mary, Mother of God, in that humble stable found herself and her Son at the very center of this explosion of blessing.  And that is where she remains, forever.

Possible response:  Father, thank You for sending shepherds to adore Mary’s Son and give delight to a mother’s heart.

We have here the oldest Hebrew prayer in the Old Testament.  God gave it to Moses for Aaron, the high priest, to pray over His people.  It is an Old Testament antecedent to our Lord’s Prayer, because it is an explicit divine direction on how to pray for God’s blessing.  See how its main petitions have all been fulfilled in Jesus:  blessing, protection, the face of God, grace, and peace.  Do we not constantly hear these elements in the Liturgies of the Church?  Mary, Mother of God, heard this prayer for God’s people throughout her life.  When the shepherds arrived to pay homage to the new king, did these words resound in her heart as she looked into the tiny face of her Son?  God now had a Face, and wherever that Face looked, the light of blessing, protection, grace, and peace would shine.  No wonder Mary had much to ponder that day!

Possible response:  Father, You have always desired that we should see Your face and live in its light.  Help me keep a steady gaze on Jesus; in His light, we see You.

The psalmist, in his prayer, repeats the elements of the Aaronic blessing in our first reading (“May God have pity on us and bless us; may He let His Face shine upon us”).  All of mankind, since Eden, has longed to see God’s face, to be restored to the communion with Him destroyed by sin.  The angel who visited the shepherds told them that the “good news” he announced would be for “all the people,” not just the people of Judah.  See how the psalmist foretells this universal blessing when God “let His face shine on us”:  “So, may Your way be known upon earth; among all nations, Your salvation.”  Later in our liturgical calendar, we will celebrate the Feast of the Epiphany, remembering the men from the East, far from Judah, who came to do homage to the newborn king.  When we say our responsorial, “May God bless us in His mercy,” we are praying that all the world will behold the face of God in Christ Jesus and be saved.

St. Paul here helps us understand why the angels who sang in the night sky and the shepherds who heard and saw them were filled with God’s praises.  He tells us that the Babe in the manger, “born of a woman, born under the law” came “to ransom those under the law, so that we might receive adoption as sons.”  What?

Yes, although it seems too good to be true, it is true.  Jesus, born of God and Mary, makes it possible for us to be adopted by God and Mary through our baptism.  St. Paul even gives us “proof” of this adoption:  “God sent the Spirit of His Son into our hearts, crying out, ‘Abba, Father!’  So you are no longer a slave but a son.”  The Holy Spirit, given to us in baptism, moves us to turn to God deep in our souls and call Him “Father,” not “Master.”  This is a supernatural event!  Jesus came not only as a revelation of God but also to make us His adopted sons and daughters.  Children need a father and a mother.  Jesus, from the Cross, gives Mary, Mother of God, to John, His disciple.  The Church sees in this the gift of Mary’s motherhood to all those reborn in baptism as God’s adopted children.

Mary, Mother of God, pray for us!

Possible response:  Blessed Mother, how well you understand that life with God requires faith and patience.  Pray for me to have a heart willing to ponder His Word and His work.

Image by Filippo Carlot on Shutterstock 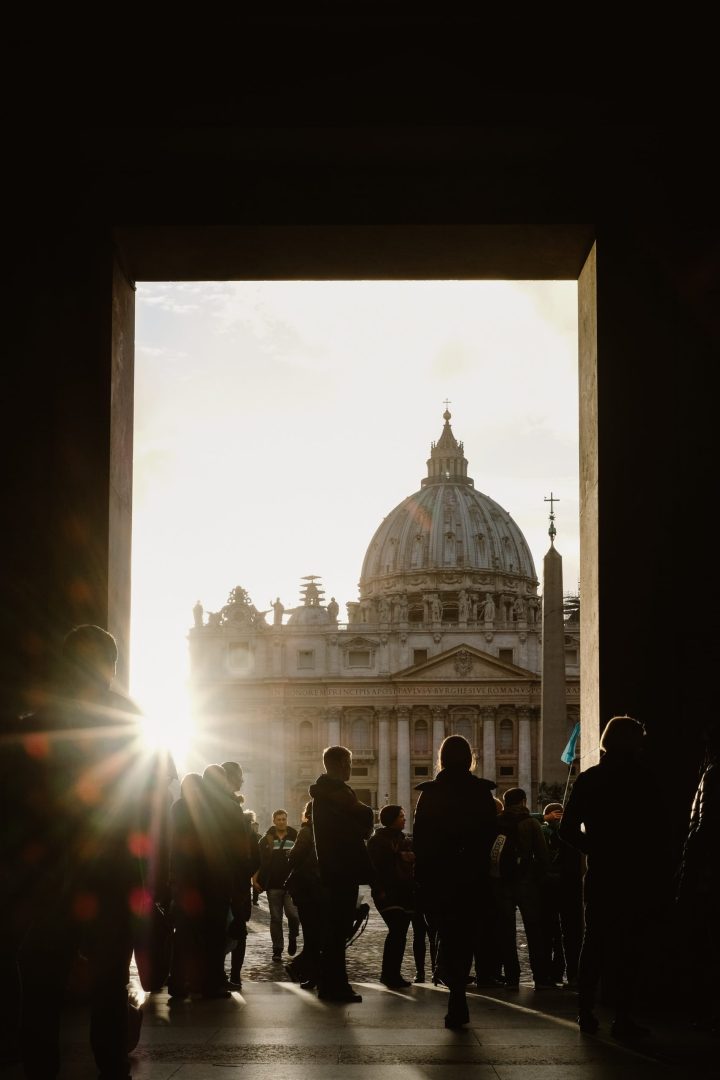 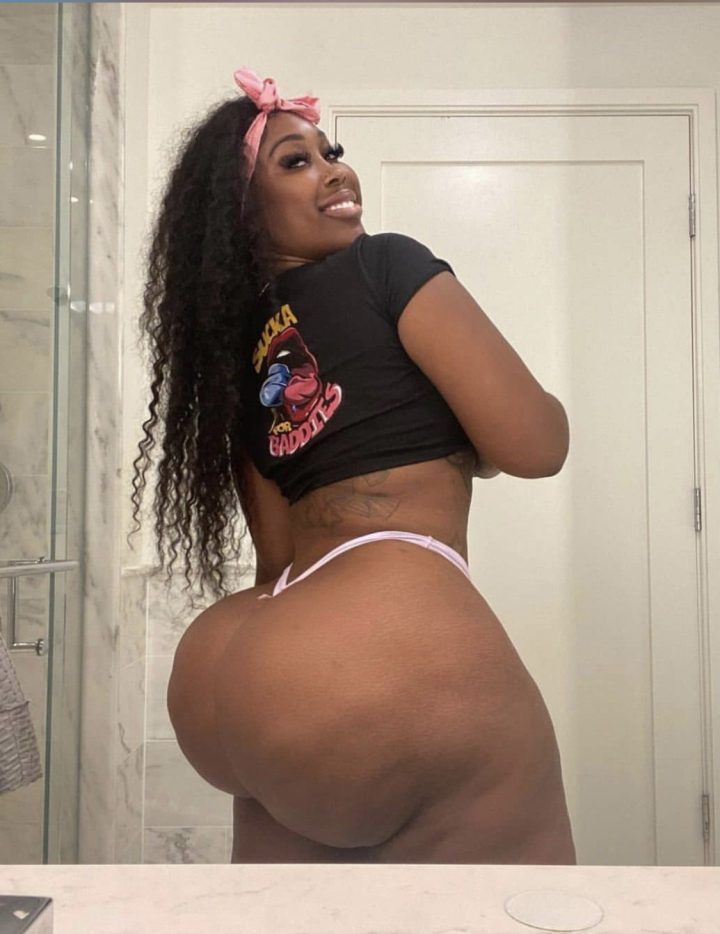